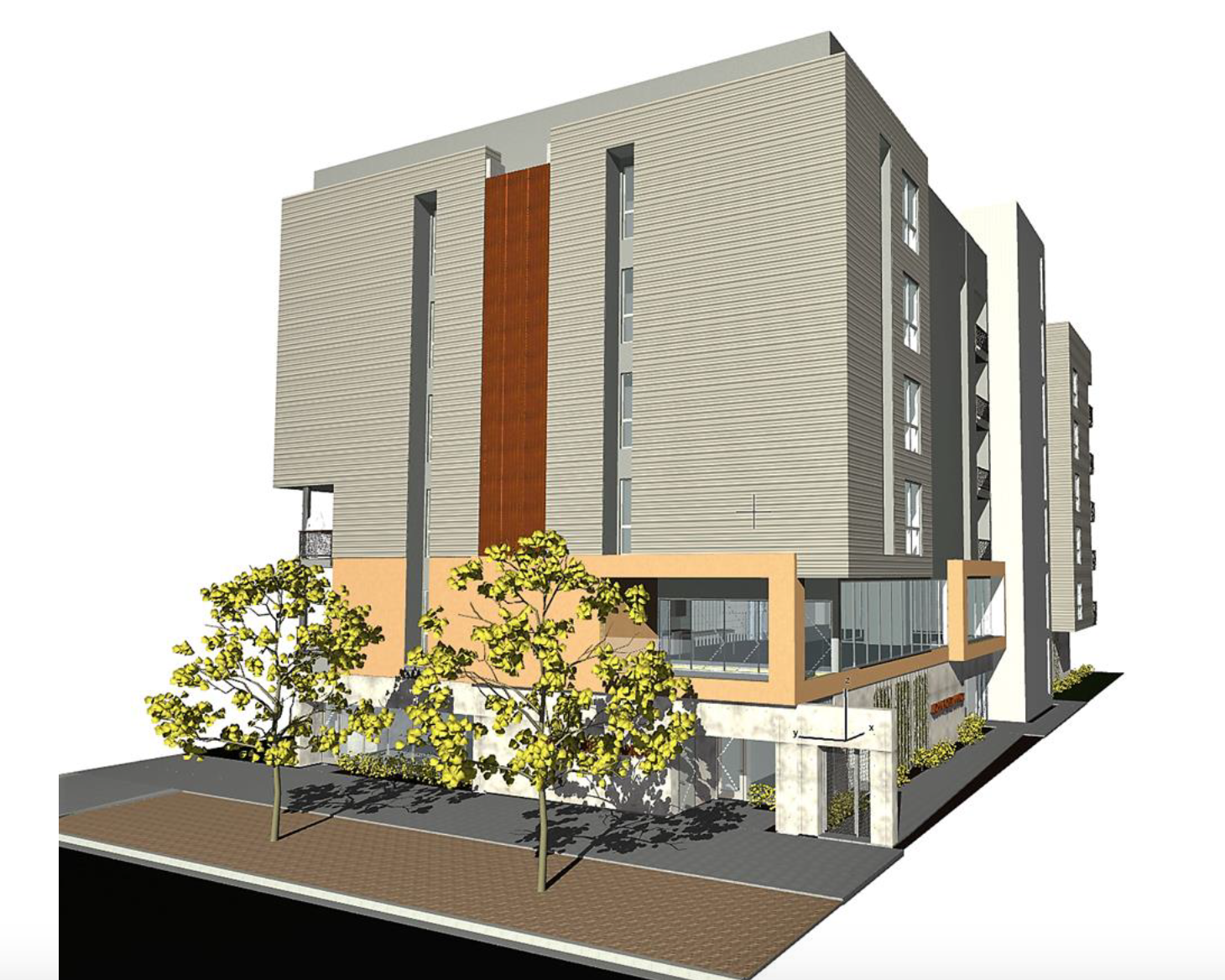 Local nonprofit, Centro Civico returned again to the Salt Lake City Planning Commission for approval of several new design elements of its proposed senior housing development.  And for the second time, in less than a year the commission approved with conditions their proposed design.

The project, referred to as Casa Milagro, is a proposed six-story, 61-unit residential building, 43 of which will be reserved for low-income seniors earning between 25 and 50 percent Area Median Income (AMI).  The residential building will be the first phase of Centro Civico’s planned redevelopment of their campus at the 100 South block of 600 West.

The new approvals will allow Centro Civico to include public art on just the first two floors instead of incorporating public art across the building’s entire western façade.

“Honestly, this has not been the easiest project, since we started this project about six years ago the project costs have increased 50 percent,” said former Salt Lake County Mayor, Peter Corroon, representing the developers.  “If we don’t start the project this next month we risk losing our tax credits.”

In both commission meetings, planning staff and commission members had concerns with the project’s proposed west facade that many felt was essentially creating a wall on 600 West.  During last year’s Conditional Building and Site Design Review, the commission required Centro Civico, a nonprofit the serves the Hispanic community in the Salt Lake Valley, to incorporate art elements to break up the wall effect.

According to a representative from Centro Civico, the project will incorporate Mexican-inspired art, most likely a metallic quarter sun on the ground floor and creative landscaping to activate the ground floor.

The developers had previously proposed incorporating three-dimensional art on the west faces top three floors, but they noted that the artwork proved too expensive and would attract birds.

Several commission members lamented the removal of the three-dimensional artwork and the return of a “blank wall.”

“This is such opportunity, it’s going to a center for the community and I’d hate to see it become too bland,” said Commission Chair Weston Clark. “I’d be thrilled if the whole thing was a mural.”

The developers have argued that having a large glass façade on the buildings west face would significantly increase energy costs as nothing would block the building from the sun during the late afternoon and evening hours.  They also noted that although the upper-level art elements will be removed, the upper floors will have recessed windows and corrugated metal that will break up the wall effect.

The project will replace a vacant 0.38-acre parcel, currently used as overflow parking, on Centro Civico’s. The 60,000 square foot building will include a ground-floor parking structure with 23 stalls. Because the project will be less than a block away from the Greektown TRAX station, the developers are planning to have just one parking stall for every three units.

Centro Civico plans the residential building to be the first of two phases.  The second phase will be the redevelopment of the organization’s civic center.  The new campus will include retail space, classrooms, a black-box theater, museum, art gallery, a plaza, office space and an athletic complex.  Both the Casa Milagro and planed civic center will front a shared outdoor plaza.