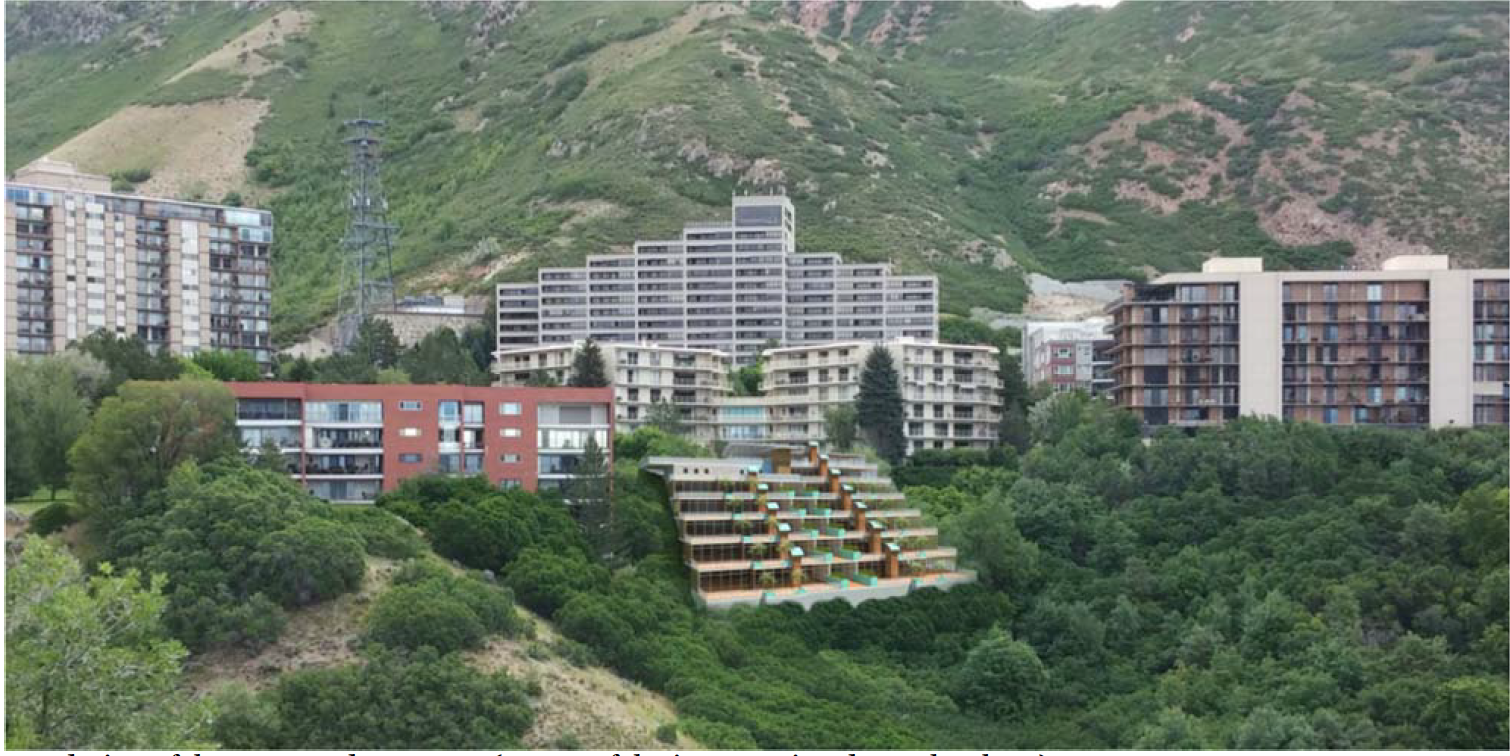 Usually, developers going before the Salt Lake City Planning Commission are requesting additional vertical height, but Christopher Clifford, the manager of the development group Emigration Overlook, wants approval to build down, not up.

Last week the Planning Commission approved a planned development request from Clifford to build the Emigration Overlook, a 12-unit luxury condominium development at the mouth of Emigration Canyon on the 800 South block of Donner Way.

The development is proposed for the vacant, sloped parcel.  Because of the slope, the developers plan to have the structure follow the slope downward.

“It is a very difficult site,” said Russell Platt, of Russell Platt Architecture.  “We struggled with it for several months deciding what was appropriate.”

Platt, the project’s architect, argued that the developers could have built up to 45 feet at the highest point on the parcel but decided to build along the slope to preserve neighbor’s views.  Platt suggested that building up instead of down would be less expensive for the developers, but they wanted to respect the topography of the slope and adjacent neighbors views of the valley.

Dozens of residents turned out for the public hearing for the project which ran for almost 45 minutes. Several residents, the majority of which live in the adjacent condominium towers, expressed concerns over parking and construction affecting the foundational integrity of the current buildings atop the hillside.

“The foundation we put under this building will be more stable than the natural ground that is there now,” said Platt.

The developers will include 30 off-street parking stalls, the maximum parking ratio allowed under the RMF-45 zone (Residential Multifamily).  The project will share an easement with a private road directly north of the building.  Parking will be in a parking structure with 20 tenant stalls on the lower floor, and 10 stalls above the structure that will be reserved for visitors.  Construction will also be reversed, with parking built first to provide a base and staging area to build the condo units.

The units, as proposed, will include landscaped roof decks and significant glazing that will allow natural light and provide tenants significant views of the Salt Lake Valley.

The developers will need to conduct soil and slope reports and engineering studies before construction can begin.