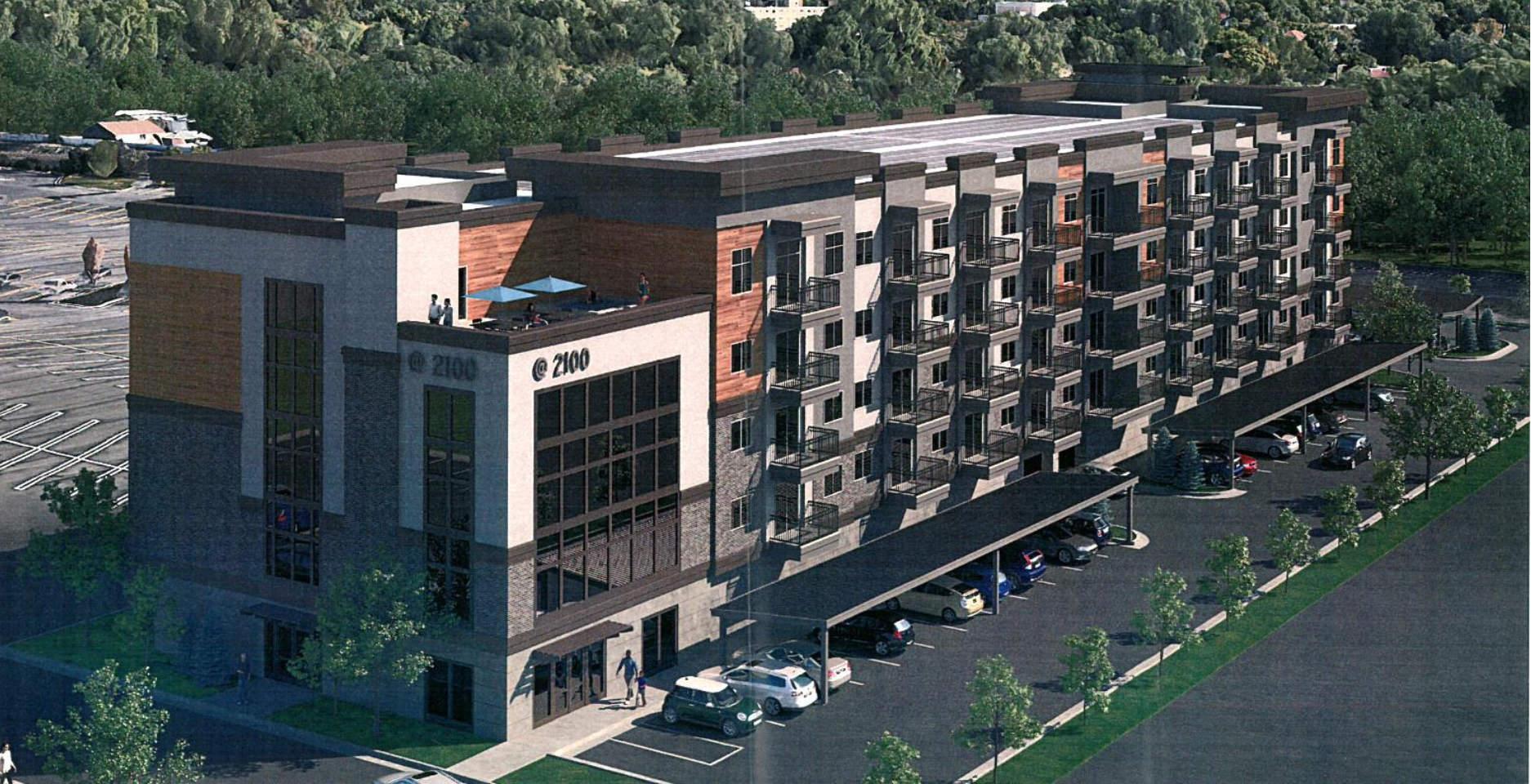 Light Industrial and big-box stores have long dominated Salt Lake City’s southern stretch of 300 West, but an increasing residential presence is emerging along the corridor.  On Wednesday, the Salt Lake City Planning Commission approved a planned development and preliminary subdivision request for the @2100 Apartments, a proposed 81-unit, five-story residential building on the 2000 south block of 300 West.

The property’s owners, MSC Associates, also own the property to the west that is currently a Mattress Warehouse store.  The developers purchased the east parcel from Sam’s Club.  The parcel had previously housed a warehouse that was demolished when Sam’s Club opened and has since sat vacant.

The approvals were needed to allow the project to be built without fronting a public street and for the developers to reduce the rear yard landscaping requirement.

Commission members expressed a desire to see a walkway at the rear, east side of the building to allow pedestrians to pass through en route to the Central Pointe TRAX Station and identify the intent to create a pedestrian corridor in the area.

“It feels like such an island,” said Weston Clark, the commission chair.

The developers countered that there is no crosswalk on 2100 South next to the TRAX line and that directing pedestrians toward 300 West would better benefit area businesses than a walkway running along the TRAX line would.

In the end, commission members agreed to approve with a condition that would allow the developer a landscape reduction on the west side if the building is moved further west to extend the gap between the project and the adjacent TRAX line which would later allow for a walkway in the future on the building’s east face.

The project would be the second residential project in the corridor.  In 2016, the 251-unit Enclave Apartments opened on the 1400 South block of 300 West.  Just south of the Target store on Paxton Avenue is the site of the proposed Paxton Apartments.   The five-story project will have 121 units and that will replace a vacant lot.