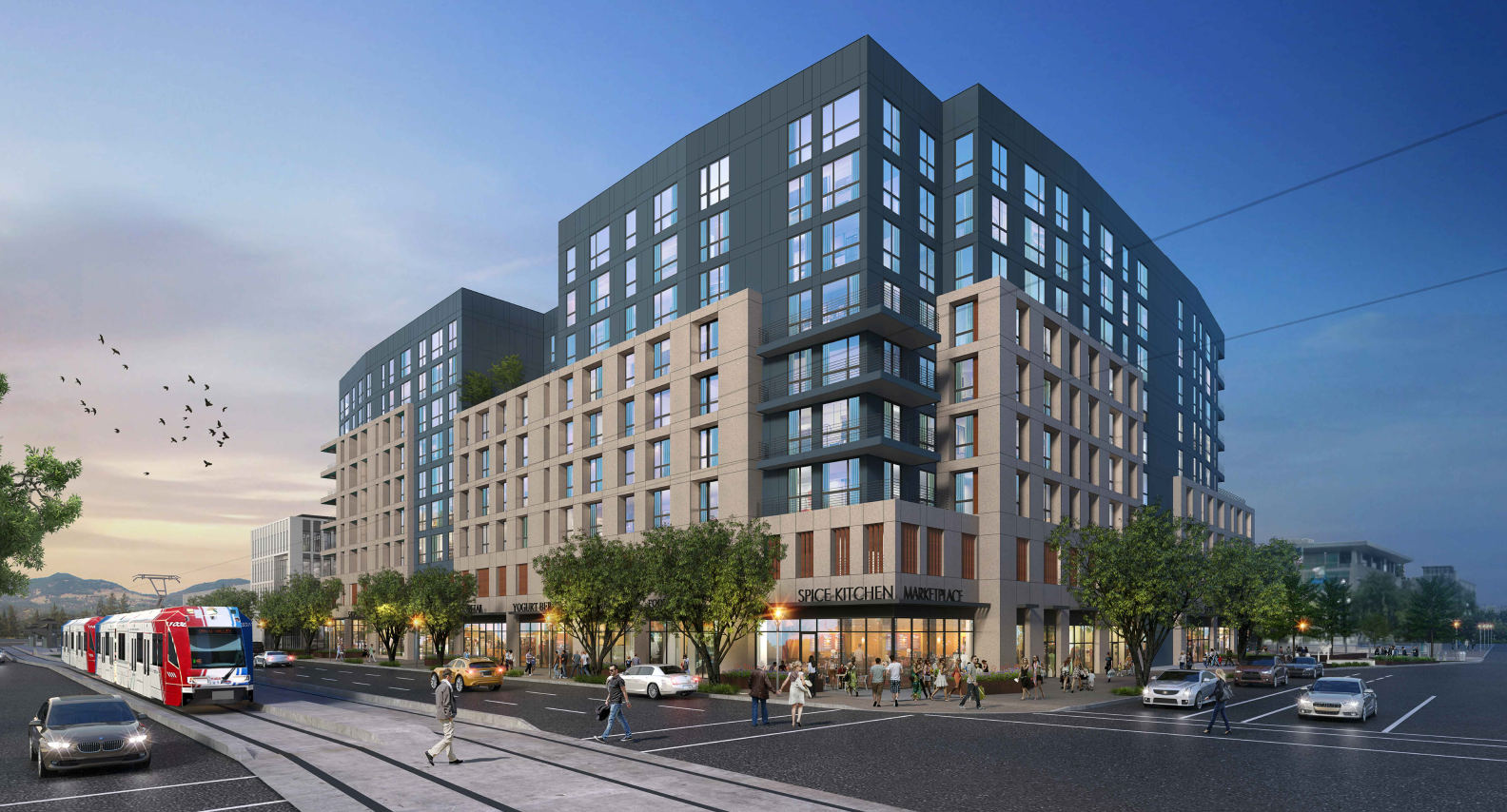 The Salt Lake City has approved, with conditions, a Planned Development and Conditional Building and Site Design Review for the first phase of The Exchange, a proposed mixed-use development at the 300 East block of 400 South.

The developers, Giv Group, went through the planned development process for approvals of a five foot-height exception and modifications of several design standards.

The project consists of seven levels of residential above a two-story parking podium, with 238 parking stalls and 51 bike rack spaces.  The podium will include the leasing office, lobby and five ground-floor retail pads with two on 400 South, two on 300 East and one on People’s Way.  The units will be a mix of studio, one, two and three-bedroom apartments, 20 percent of which will be reserved for residents earning up to 50 percent Area Median Income.

Because of its proximity to the Library TRAX Station, both buildings in The Exchange development were required to go through the Transit Station Area Development Score Review process.  Despite both buildings scoring above the 125 points needed to avoid a CBSDR with the planning commission, the project will need commission approvals because of proposed building lengths, street frontage and that the proposed height of the nine-story building exceeds the maximum height limit by 5 feet under the TSA-UC-C (Transit Station Area-Urban Center-Core) zoning district.

The second phase building will be five stories with 32,700 square feet of co-working and retail space and 126 micro units, 80 of which will be reserved for residents earning up to 40 and 80 percent Area Median Income (AMI).  On Tuesday the Salt Lake City Council, acting as the Board of Directors of the Redevelopment Agency of Salt Lake City, approved $3 million in low-interest loans to Giv Group to help fund the second phase building.