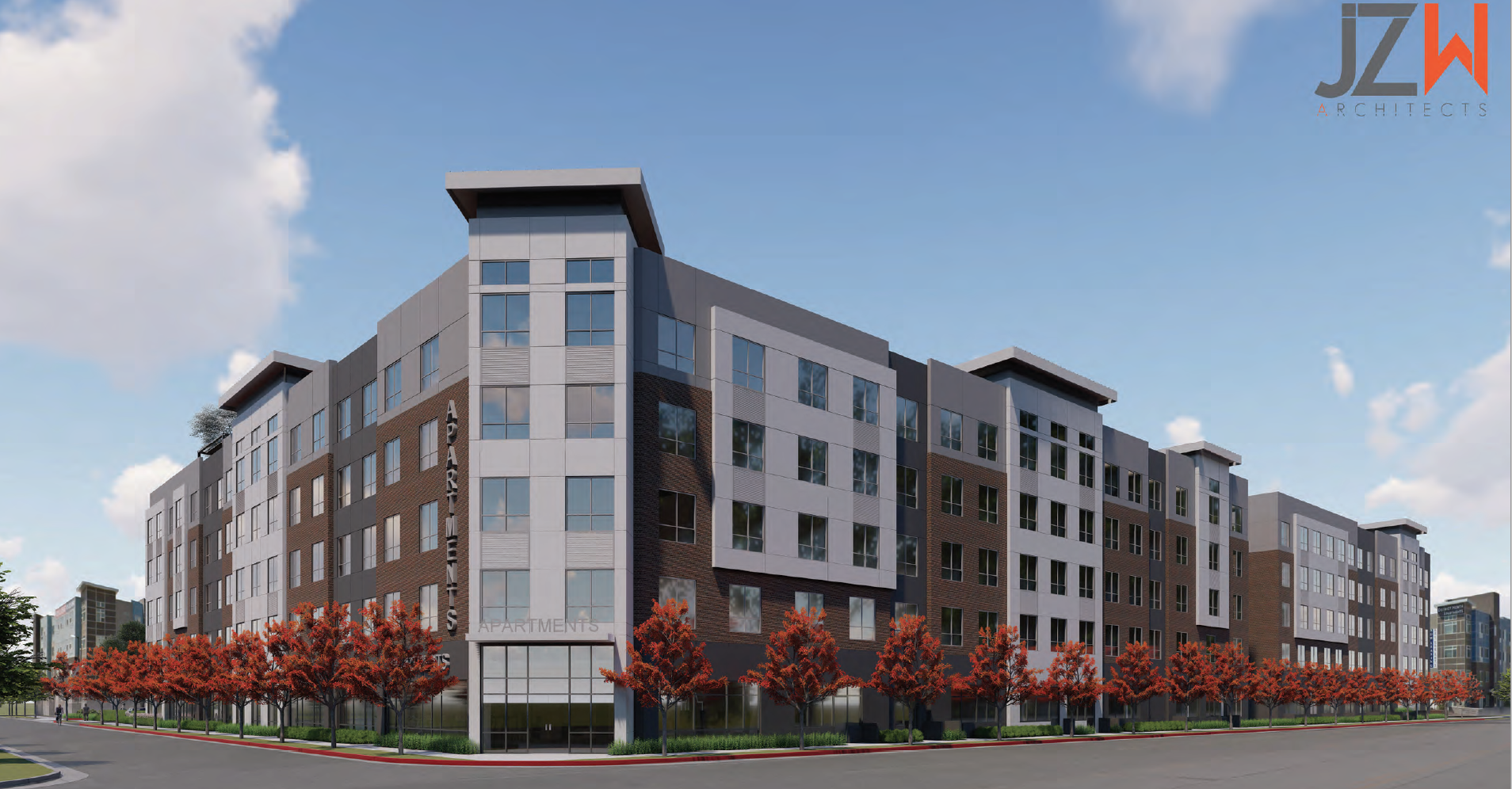 Another large residential project is coming to the growing residential cluster near North Temple and Redwood after the Salt Lake City Planning Commission approved with conditions a Planned Development request from developers, Henderson Development, to build two five-story buildings with a combined 299 residential units as part of the third phase of the West Station Apartments, at the 100 North block of Redwood Road.

“We are very excited about the area,” said developer, Blake Henderson.  “Creating an inviting space in a place where people can congagrate is very important to me.”

Henderson noted that his team has invested significantly in the area building the West Station Apartment’s first two phases which added 293 multifamily units to the neighborhood.  The third phase will more than double West Station’s unit count, bringing the total unit count to 592.

The developers originally proposed building two five-story, mixed-use buildings with a combined 247 units.  Both buildings in the previous proposal would have wrapped around surface parking on Gertie Avenue and Redwood Road but would have no engagement with Harold Avenue with surface parking fronting the small through-street.

With the original design, the developers failed to earn enough points in Transit Station Area Development Review, to avoid an administrative review.   The original proposal lost points for a lack of engagement on Harold Street, a small side street to the west of the project.  Just over 100 feet of Harold Street is considered a public street, as a surface parking lot used for adjacent tenants occupies the north half of the street.

The project is in the TSA-MUEC-T (Transit Station Area Mixed Use Employment Center Transition) zone, which requires planning to build within a quarter-mile of a TRAX Station to go through the Transit Station Area review process.  Projects that fail to score at least 125 points must go before the Planning Commission for final approvals.  Points are rewarded to project elements that encourage walkability, vibrancy and other pedestrian and transit-friendly design elements.

The developers made adjustments to their original design, including increasing the unit count, and reapplied for a TSA score, earning enough points the second time to bypass the Planning Commission.

The revised plans still include two five-story buildings but the developers have added an additional 50 units.  The units will be a mix of micro, one, two and three-bedroom apartments.  The ground floor will include a lobby, fitness center and 15 one-bedroom walk-up units.  A fourth-floor skyway will connect the two buildings fronting Redwood Road.

Developers still plan on having surface parking separate the third phase buildings from Harold Street and the project’s first phase building, but they’ve reduced the width to just one row on each side of the street and have added a landscaped paseo to separate Harold Street from the row of parking.

Despite scoring high enough, the developers still needed to go through the Planned Development process because under the TSA-MUEC-T zone, buildings must be built within five feet of a public street.

“We don’t believe that is the best situation for this area,” said architect Eric Jones, a principal for JWZ Architects.

Jones argued that since only a portion of the street is a public street, building up to the property line would create an unnecessary dark area between the two buildings and that the paseo and parking area would help it feel open.

Henderson promised that the will be designed to attract residential use and that he’d be open to reconfiguring the paseo if the same parking ratio could be preserved.  “We don’t want a dead space that doesn’t help anybody,” he countered.

The project will replace a vacant lot at the northwest corner of the Gertie Avenue (150 North) and Redwood Road intersection.  The developers purchased the lot from the city.  Before sitting vacant, the lot was home to a Betos Mexican restaurant.

The first two phases of the West Station Apartments are already one of the largest multifamily residential developments in the growing residential node on the 1700 to 1900 West blocks of North Temple.  The four-story, 145-unit first phase opened late 2015.  The project’s second phase, a four-story 148-unit building, opened earlier this year and is directly north of the site of the proposed third phase.