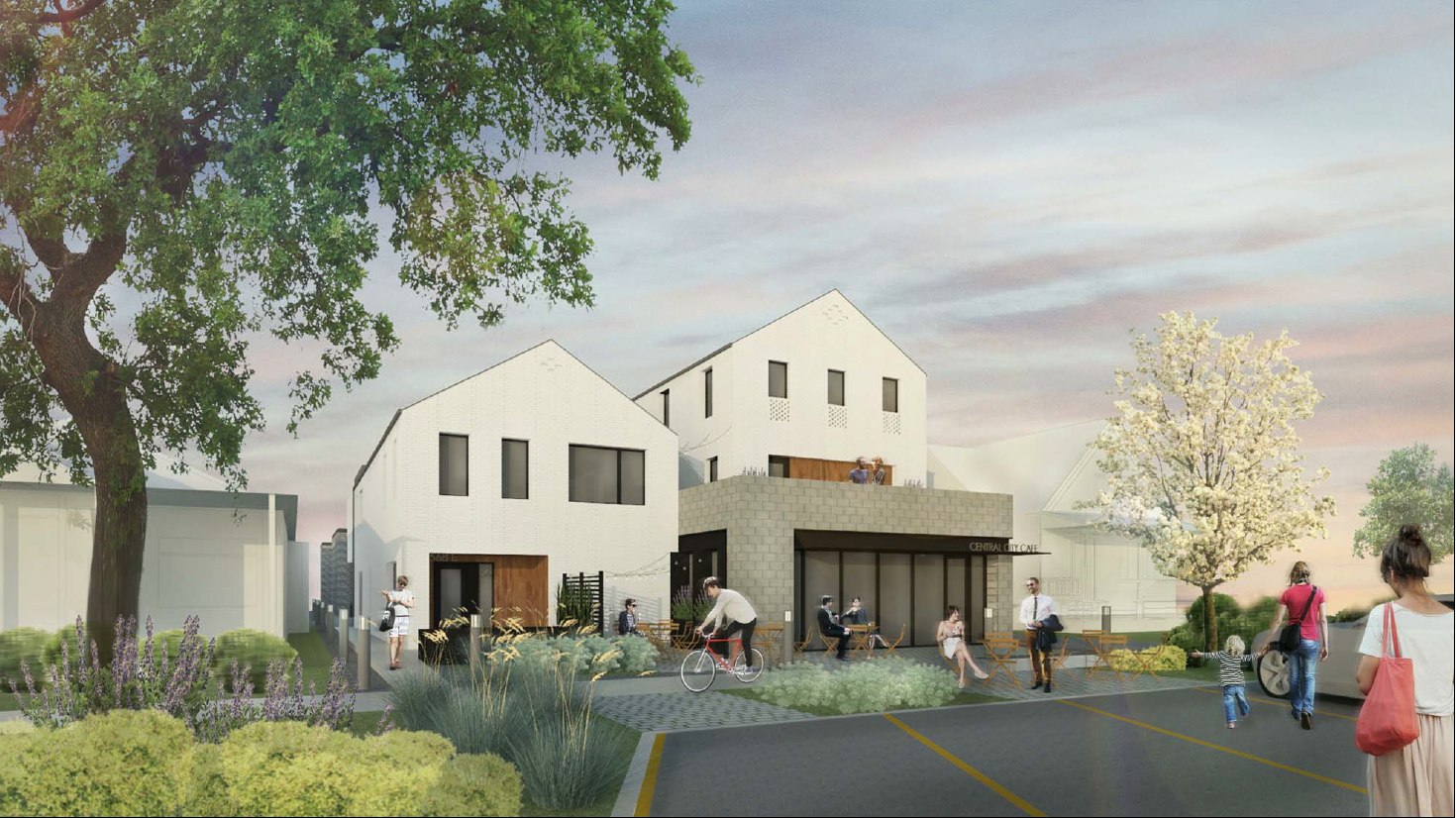 A mid-density mixed-use project is moving forward after the Salt Lake City Planning Commission approved the developer’s Planned Development request.  The project, currently referred to as 6×6 Mixed-Use, will include the construction of a three-story mixed-use building and the renovation of a historic duplex just west of the intersection of 600 East and 600 South.

The developers will restore a 119-year-old duplex that will be directly north of the new mixed-use building and will be accessed via a private driveway connecting to 600 South.  In addition to interior and exterior renovations, the developers will update the eastern unit to modern ADA (Americans with Disabilities Act) accessibility standards.

The commercial space will have a brick exterior and will have a slight setback from the sidewalk to accommodate outdoor seating.  The project will include four angled on-street parking stalls, a pedestrian walkway to the west of the building to connect the rear duplex to the 600 South, and four off-street surface stalls at the rear of the mixed-use building.

Because the project is in the Central City Historic District, developers needed new construction approval from the Historic Landmark Commission.  The commission approved that request in December 2017.

The property owner has been planning the 6×6 project for the past four years starting with a zoning map amendment petition in 2014.  The duplex and commercial property were previously zoned RMF-35 (Moderate Density Multi-Family Residential) and the CN (Neighborhood Commercial) respectively.  In 2015, the Salt Lake City Council approved a rezone of both properties to R-MU-35 (Residential Mixed Use District), which allows for mixed uses.