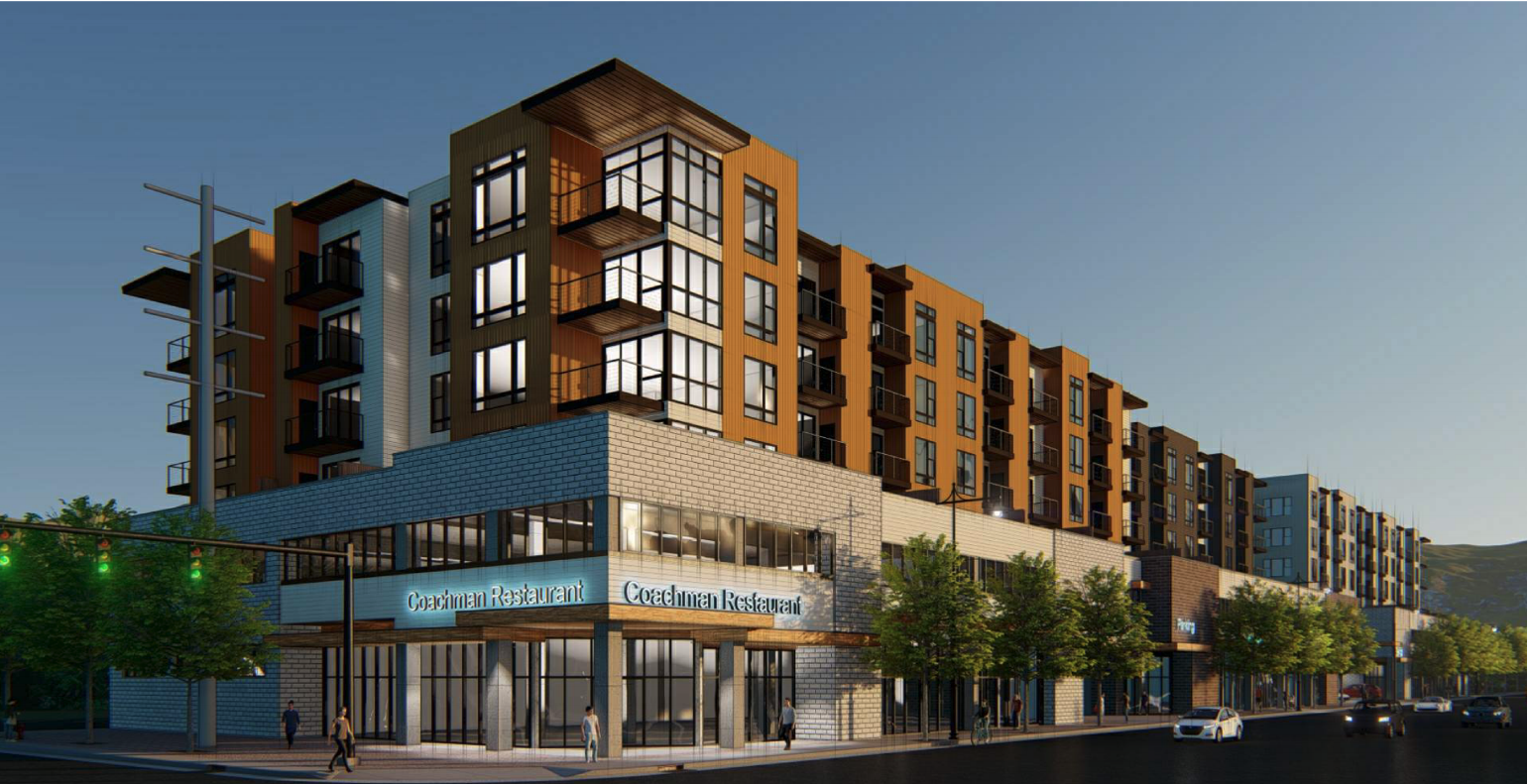 The Salt Lake City Planning Commission effectively rejected an attempt by the owner of the now-shuttered Coachman’s diner to build a mixed-use development with for-sale housing in one gargantuan building on State Street.

Mike Nikols, a member of the family who owns the land once home to Coachman’s at 1301 S. State, hoped to near the finish line Wednesday night with his proposal to build over 100 condo units and space for retail, office and, potentially, a new Coachman’s diner.

A vote by the Planning Commission — whether for or against — would have sent the matter to a final vote by the City Council.

But the details weren’t ironed out, and commissioners were confused over just how many units, in how long a building against a sidewalk of what width, and the feasibility of other design elements before they voted to put the brakes on the redevelopment.

“From my perspective this project is not ready for prime time,” Brenda Scheer said shortly before voting to table, or pause, the application to give Nikols more time to work out the kinks.

And there are kinks.

In real-time, Nikols changed the unit makeup in the building from even the documents his architect shared with the commission.

Everything would be housed in a single, five-story building spanning 550 feet along State Street with as much parking as Nikols’ team could provide and the city would allow (more than 230 spaces below ground, on the surface and on the second level).

The single-building concept would allow the developer to cut down on building costs, simplify internal utilities and, ultimately, keep costs down for him and the eventual buyers of the for-sale units.

“The whole idea here is to create a project that people can come in and buy literally one-bedroom, two-bedroom, three-bedroom and a few studios, approximately six to eight is what I’m looking at, and still make it affordable,” Nikols said.

Scheer suggested if Nikols truly wanted to keep costs down, he should consider taking advantage of the parcel’s new zoning and reduce parking. State Street is the backbone of the city’s high-frequency bus network, after all.

Nikols had already lobbied the city to rezone the property, from the car-centric CC zoning to the much more urban FB-UN2 zoning. That eliminated any need for setbacks on any side of the building. It also set a maximum 200-foot facade that Nikols is now trying to nearly triple.

While architects used different materials and provided varying setbacks on the upper levels to try to break up the building’s scale, commissioners worried the materials used and the ultimate footprint of the building would fall flat.

“I’m not convinced 550 feet of a continuous building is what we want there,” said Amy Barry, the commission chair. “This is the longest building I have in memory ever discussed. I’d like to hear what other ideas have you had to actually break these up into maybe even two different buildings so this is not 550-plus feet.”

The proposal pushes the building west, right up to the 5-foot sidewalk on State Street. By doing so, the development will have more space for surface parking on the east side, presumably for customers who drive to one of the retail spaces on the ground-floor.

That sets up a likely unpleasant — and potentially dangerous — experience for anyone traveling to or past the building on foot. Those travelers would be pinned between the building pushed up to the lot line to the east and high-speed vehicular traffic 2 feet to their west.

The renderings included with the application showed trees on State where none exist today. But with a minuscule parkstrip next to a 5-foot sidewalk, it’s assured to provide a cramped space for people on foot to travel. (For a comparable experience, go for a walk down 400 South, another state highway with high-density zoning adjacent that actually has wider sidewalks.)

Meanwhile, the Coachman’s team sought approval to increase the setback on the building’s north end, giving enough space to develop around utilities and possibly widen inadequate city sidewalks on that side.

In addition to its massive scale, commissioners were concerned about approving a project that would be blocked by the state, an issue that has happened before, they said.

State Street is owned and operated as a highway by the Utah Department of Transportation. Any changes in curb cuts for new driveways and exits would need approval from a state agency that has shown concern only for the speed and convenience of people driving cars. People in vehicles turning in and out of a new development could possibly — if only slightly — slow other people in vehicles, and therefore the state is likely to take a critical eye.

Several commissioners said they wanted to make clear to Nikols that they view the concept favorably, and that they think it could be a catalyst in a part of the city that has long fallen to neglect.

But Nikols will have to iron out the details first.