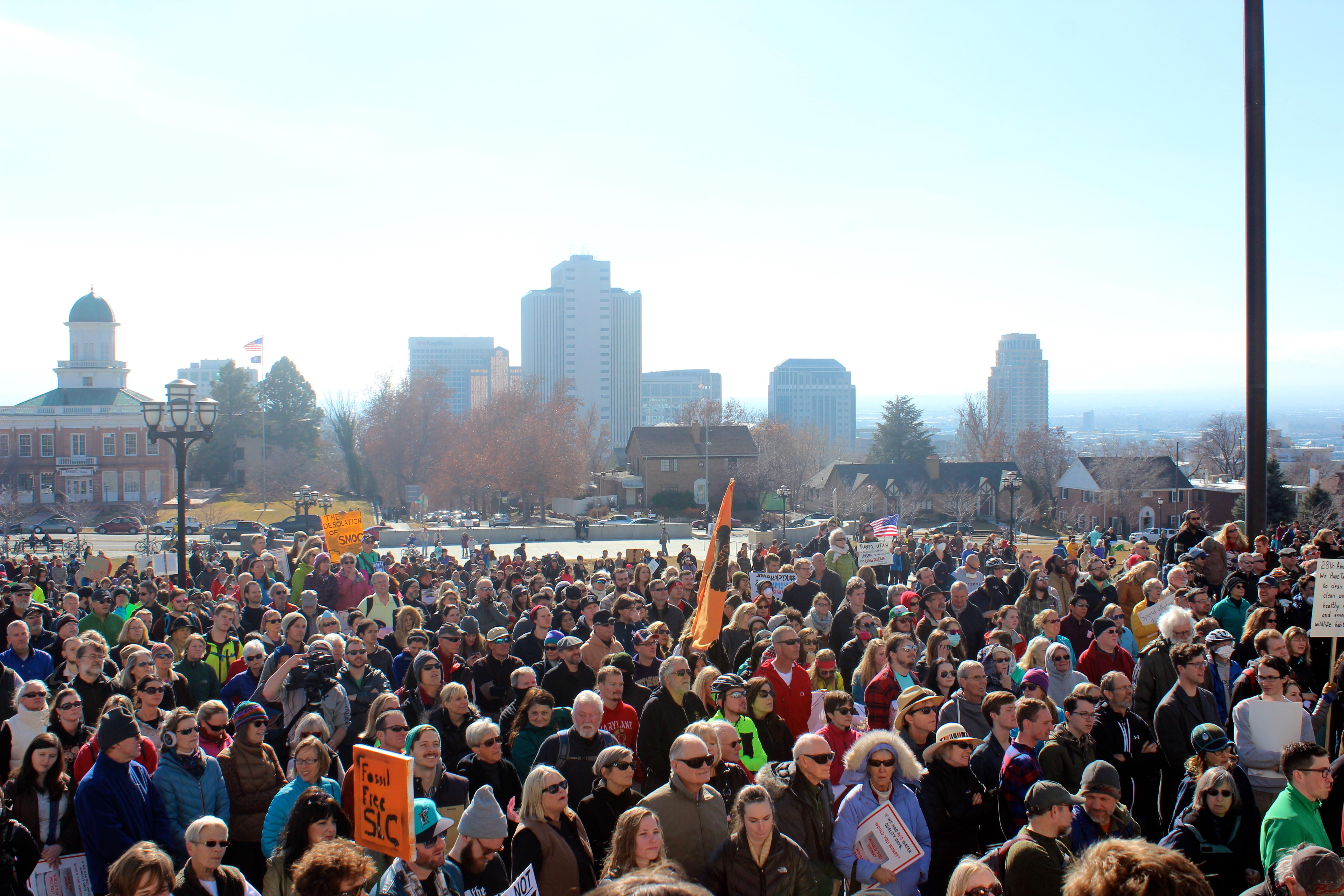 Sister-rallies were simultaneously being held in St. George, Moab and Logan.  Logan in Cache Valley often experiences inversions even more severe than inversions in the Salt Lake Valley.

Edwards alluded to Utah politician’s favor for state’s rights as a reason why the bill should pass the republican-controlled legislature.

“We can solve our own problems in Utah,” said Edwards. “We can’t wait for the federal government to hand down solutions to us.”

“We need clean air and can have no excuses,” said Arent.

The 2014 Legislature passed more “clean air” bills in the last session than what had been passed in the last decade combined.

“Lawmakers are hearing your voice,” said House Speaker Greg Hughes.  “I think it is intuitive to Utahns that we have a healthy climate, that we be good stewards of this environment.”

Hughes acknowledged that he and the republican leadership might not agree with all the demands from air quality groups, but that compromise is possible.  Hughes closed his remarks by promising the crowd that the legislature will “leave Utah better than they found it.”

Utah’s winter air inversions have been attributed to various health issues as well as potential negative economic impacts as the poor air quality discourages business to relocate to the state.

Around 60 percent of emissions along the Wasatch Front comes from cars and trucks.  A bill allowing local municipalities to let residents vote on a tax increase to expand mass transit failed to pass in the 2014 session but will be introduced again this session.  Local petition drives have also emerged calling for enhanced transit service making mass transit a viable option for more residents.

A “Clean Air Lobby Day” will be held the morning of February 9 at the State Office Building Auditorium.  The event will include a workshop on how citizens can advocate for clean air.  Email addresses of each state representative can be obtained at healutah.org/VoteCleanAir.