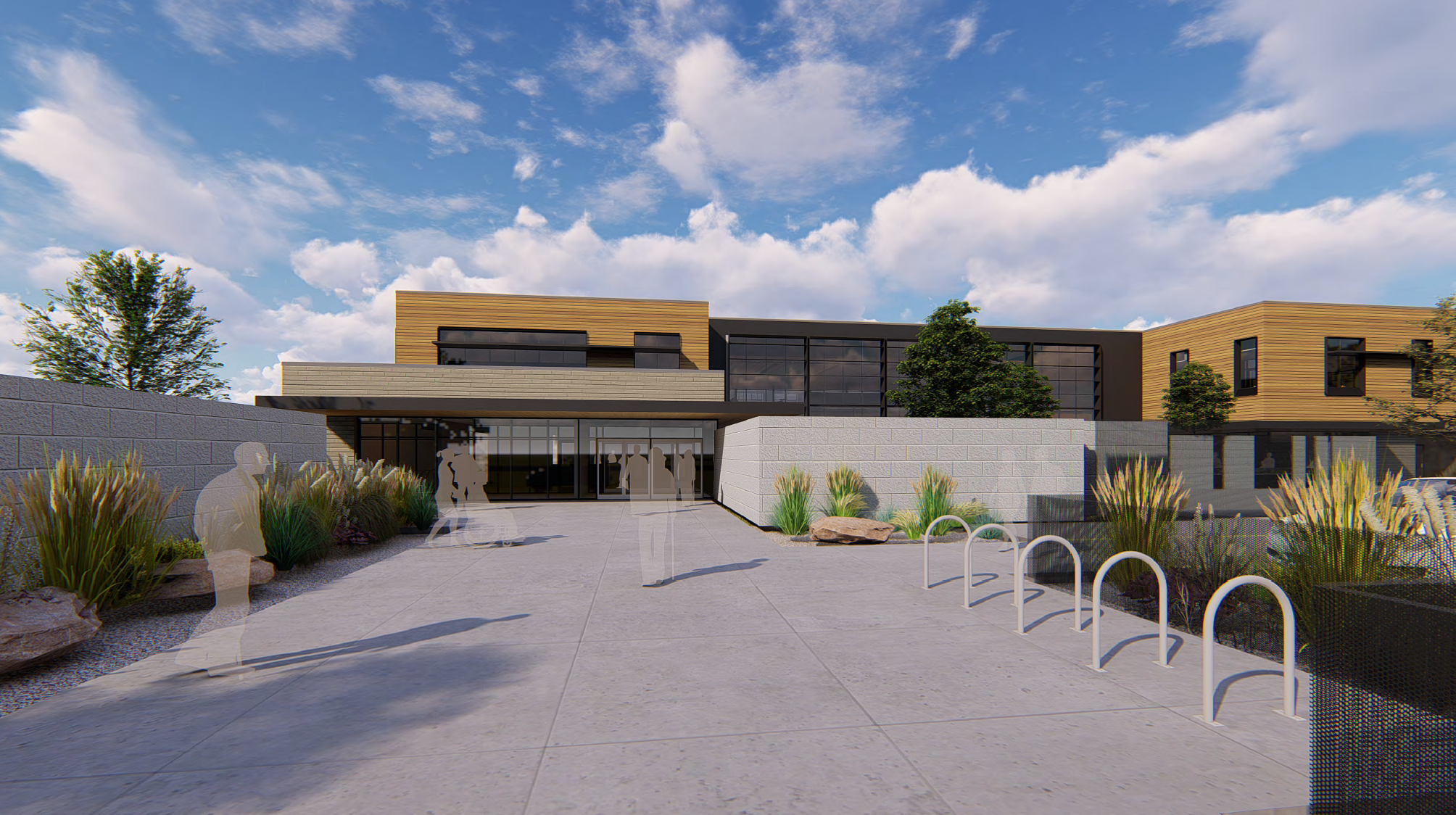 After several open houses and meetings with residents, Salt Lake City officials are ready to move forward with a final design of the High Avenue Homeless Resource Center (HRC) and will give residents one last chance to provide in-person feedback before the design goes before the Salt Lake City Planning Commission for conditional use approval.  The city is hosting an open house on Thursday, January 25 from 4 p.m. to 6 p.m. at the Taylor Springs Apartments Community Room at 1812 S. West Temple.

The High Avenue HRC will predominantly serve male residents and will go located just east of 300 West on High Avenue (around 1500 South).  The site is directly south of the Enclave Apartments, a 251-unit affordable housing development that opened in 2016.

That High Avenue HRC is one of two centers the city plans to build this year.  A second, woman-only HRC is planned for the Deseret Industries site near State Street on 700 South.  The High Avenue building will have 200 emergency beds and will predominantly house men.  The two-story building will have the 160 emergency beds, dining area, kitchen, exam room, clinic offices, hygiene room, intake office, courtyard and storage on the ground floor.  The second floor will include 40 emergency beds reserved for women, offices, a community room, programming rooms, a commons area, crisis rooms and a computer lab.

AJC Architects designed both resource centers and both buildings will be built to energy efficient standards.  The project will front High Avenue and will be just over two blocks from the Ballpark TRAX Station and half a block from the 9 Bus Route that runs every 30 minutes on 300 West, connecting the Central Pointe TRAX Station to the University of Utah via 900 South.

In addition, the city is in the middle of an affordable housing crisis and housing costs rise and incomes remain stagnant.  On Tuesday, HomeUnion, an online real estate investment and management firm, listed Salt Lake as the third most expensive rental housing market based on the rent-to-income ratio.  According to the report, the average annual rent for a single-family rental home (SFR) in Salt Lake is $19,500, or $1,620 per month.  With a city-wide average annual income of $43,644, the leaves a rent-to-income ratio of 44.7 percent, meaning that for many renters almost half of their income goes just toward paying rent.  In comparison, the rent-to-income ratio in Chicago is 19.5 percent, 39.6 percent in Denver and 43.9 percent in San Francisco.