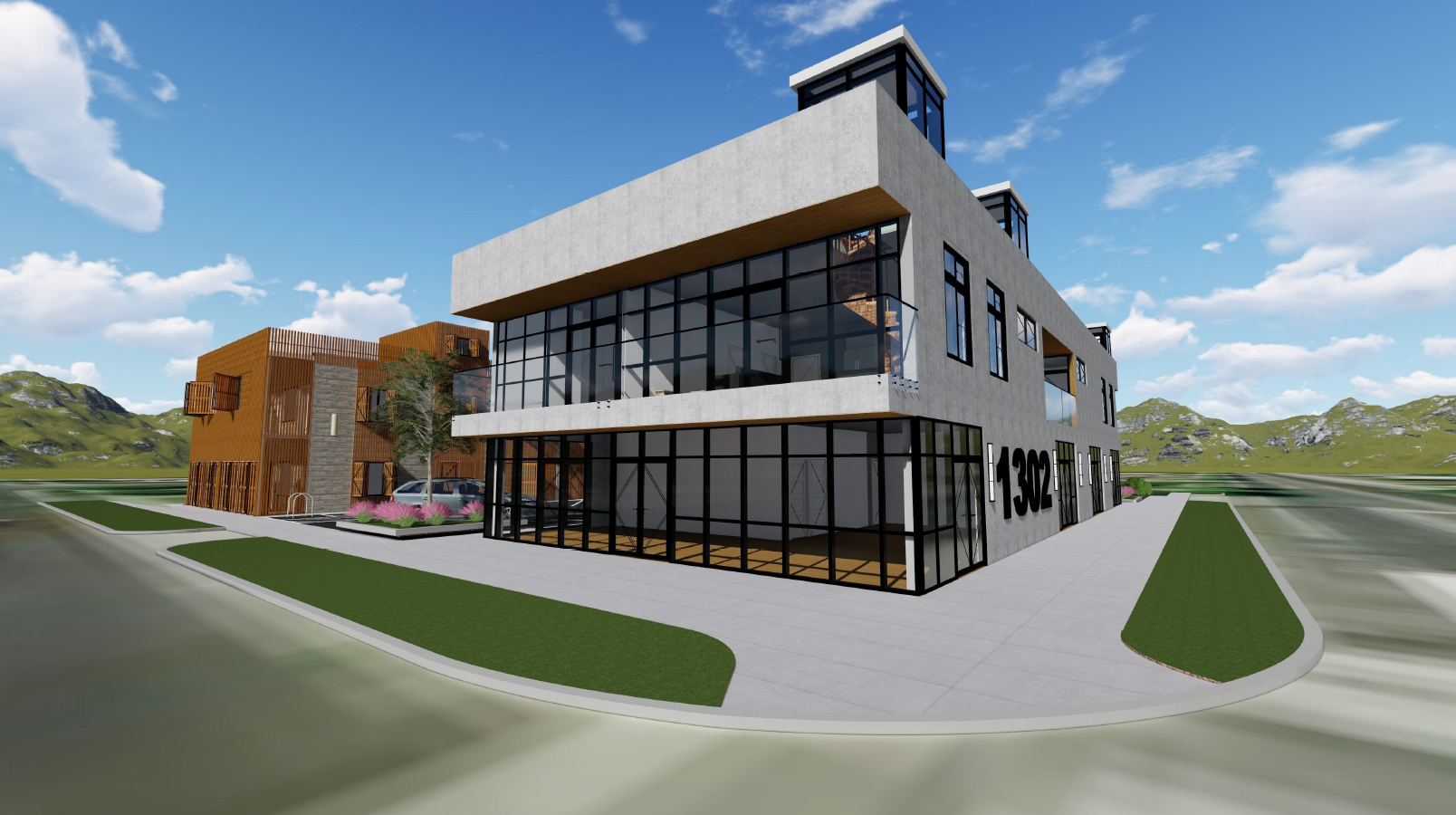 Developers, Jolley & Jube Investments, have submitted updated renderings to the city of the Wells Mixed-use Development, a proposed redevelopment of the southwest corner of the 500 East and 1300 South intersection.  The project, as proposed, will require approvals from the Salt Lake City Planning Commission and will be one of the projects presented during a January 18th Planning Division open house from 5 p.m. to 7 p.m.at the City & County Building.

The proposed mixed-use project replaces two commercial buildings on 0.39 acres and will consist of two, two-story buildings with 12 residential units and 14 commercial units.  The developers are requesting front and side yard setbacks to allow the project to build up to the sidewalk level on both 1300 South and 500 East.

Both buildings will be mixed-use and will be separated by two walkways, surface parking and landscaping.  The north building will front both 1300 South and 500 East with restaurant space, retail space and four smaller creative workspaces.  The second floor will consist of four one-bedroom apartments.  Each apartment will have one and one-half baths and a balcony.  The building will have a significant amount of glazing on both floors with floor to ceiling windows that will increase the building’s transparency at the street level.

In their application to the planning division, the developers argued that the setbacks were necessary to accommodate the needed parking and that the reduced setbacks “allow the building to be closer to the corner streets which promotes more walking traffic and entices shoppers to enter the building/restaurant” and that building up to the intersection will help the project better engage with Liberty Park patrons.

The proposed Liberty Park development is one of the several recent developments for the 1300 South block of 500 East.  In 2016, the Liberty Park Place development, a six-unit live/work condominium project, and the Amour Cafe opened directly across the street on 500 East.