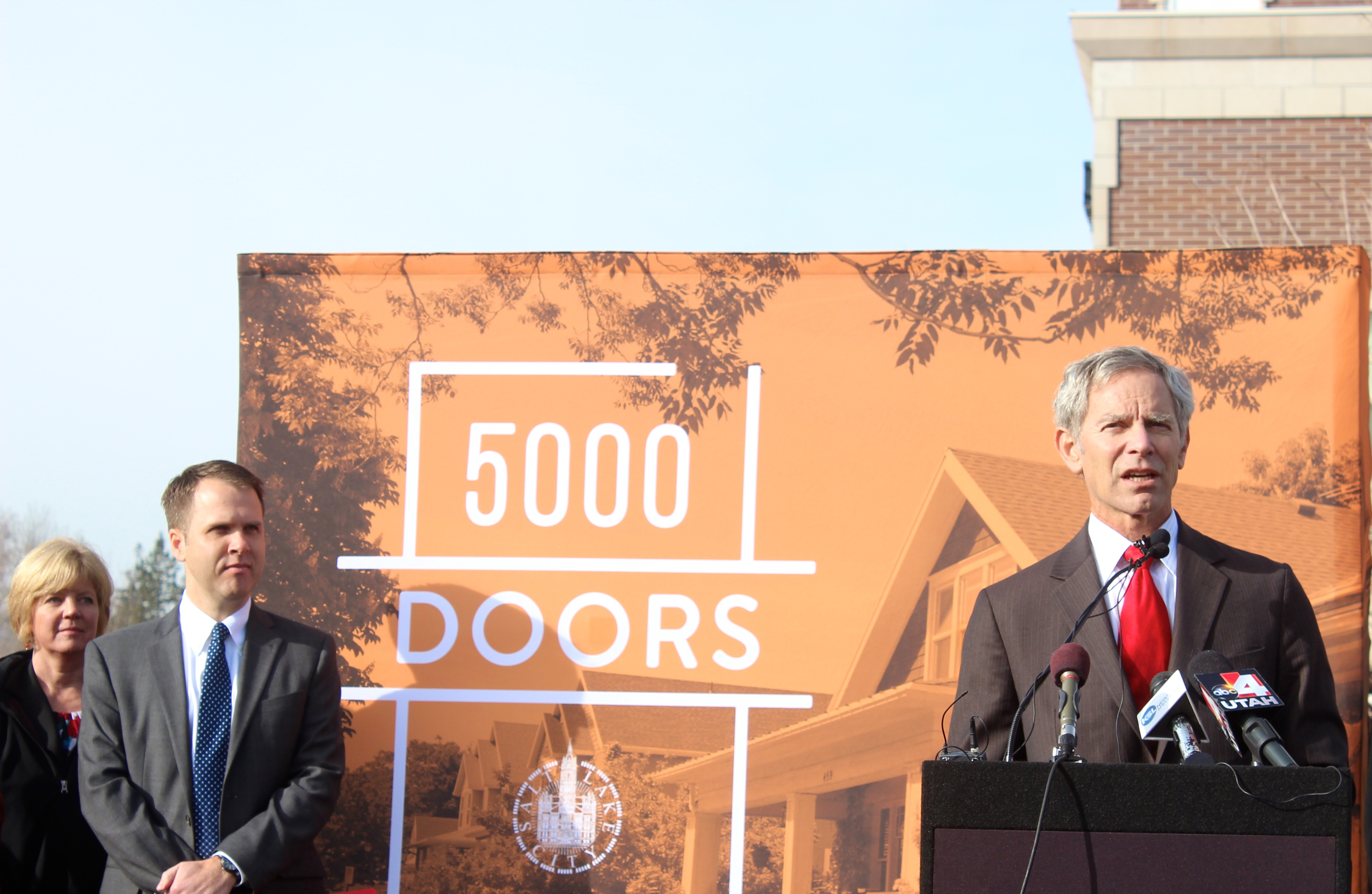 Half of renter households in Salt Lake City are burdened by excessive housing costs, meaning that they spend over 30 percent of their income on housing.

According to HAND, while incomes have risen 21 percent since 2000, rents have risen 33 percent over the same time period.  To help make more affordable housing available to residents, the city of Salt Lake along with key partners have launched the 5000 Doors housing initiative.

The 5000 Doors initiative seeks to add 5,000 affordable housing units over the next five years while also preserving the current supply of affordable housing.  Half of the 5,000 new units will be reserved for extremely low-income renters, while the rest will go to expand home ownership among low to middle-income families.

The apartment boom the city is experiencing is not producing enough affordable units.  Salt Lake City currently has an apartment vacancy rate of 3.9 percent, while the majority of new construction units are market rate which price out low-income renters.  The city estimates that there is a gap of 8,200 affordable units.

Salt Lake City’s population is projected to reach 227,824 people by 2030.  Most of that growth will occur in Salt Lake’s west side neighborhoods, where much of the demand for affordable housing is located.

The housing initiative will collaborate through public-private partnerships with stakeholders including housing developers, advocates, financial institutions and community development organizations to meet the goal of adding 1000 new affordable units each year until 2020.

The majority of the new affordable housing will be integrated into market-rate developments, like Liberty Village in Sugar House or the North Sixth Apartments near the Gateway that designates a portion of their units for lower income residents.

There is often resistance from residents when affordable housing is introduced to established market rate developments or neighborhood’s made up of mostly middle to higher income residents.  In an October Sugar House Community Council meeting many residents in attendance implied they would not support a mixed-used project if it included affordable housing.

“There is such a misunderstanding of what affordable housing is,” said Akerlow.  “Affordable housing ranges from everything to the low-wage workers, to those who are homeless to (young people) coming out of college or newly married couples not making a lot of money.”