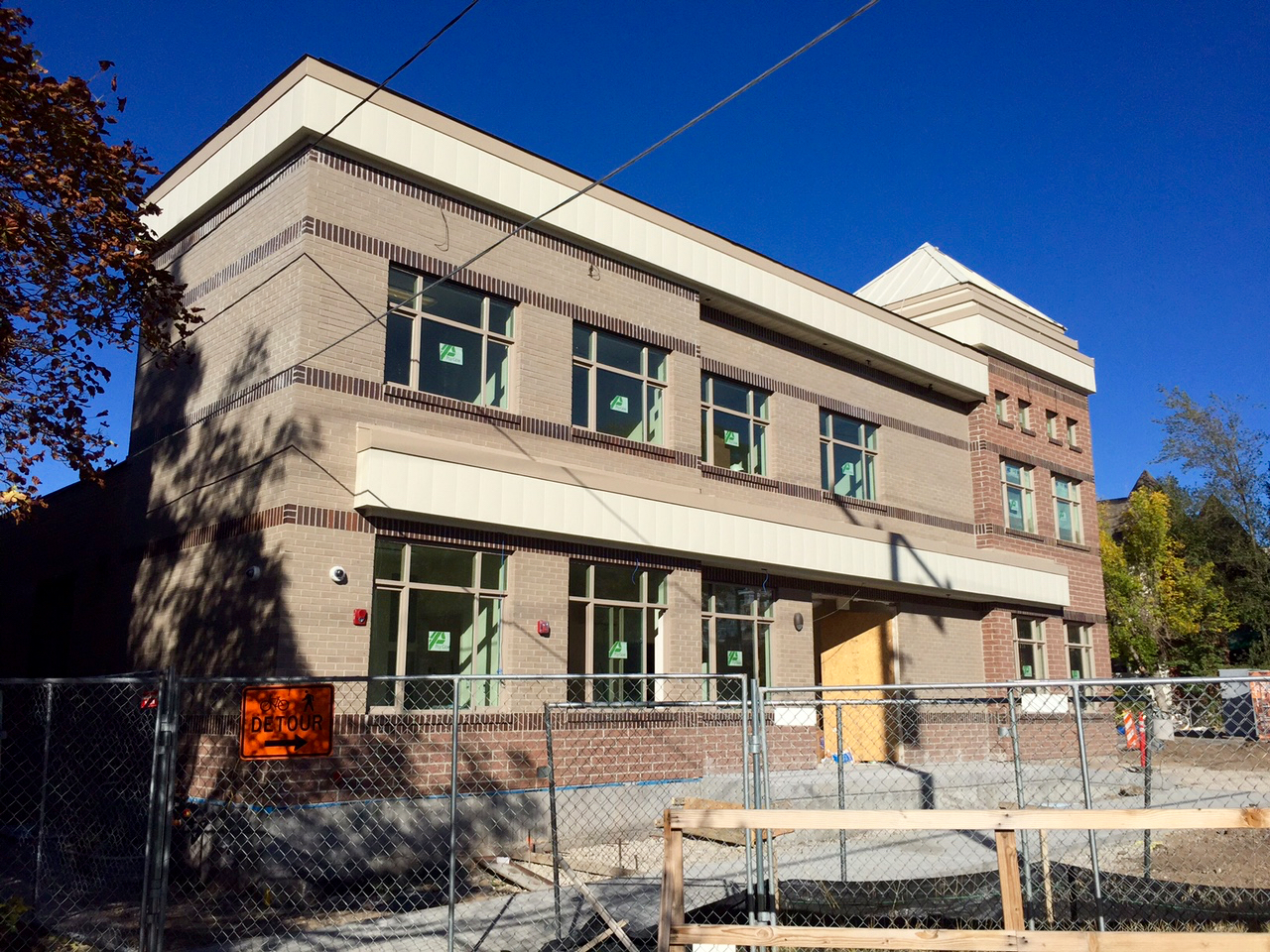 *This is an updated version of a previous post

After a nearly of year of gathering public input and looking at best practices in other cities, Salt Lake County Mayor Ben McAdams and Salt Lake City Mayor Ralph Becker announced Monday morning a new county-city plan to improve homeless services.   The new approach is to better utilize and work with current providers with a focus on a system of smaller, specialized shelters that will each focus on the different demographics within the homeless population. Both mayors cited unanimous support from stakeholders from two working groups that have been meeting for the past year.

In October, Mayor McAdams joined 31 providers to announce 14 outcomes that city and local agencies will use as a guide in combatting homelessness and prevent individuals and families from becoming homeless.

According to a Salt Lake County press release, Mayor Becker’s working group adopted the 14 outcomes during a joint meeting Monday morning. The City’s Homeless Services Site Evaluation Commission—co-chaired by Palmer DePaulis and Gail Miller—announced support for the so-called “scattered site scenario,” which calls for the smaller shelters to be spread out across the city and county.

Mayor McAdams will request funds from the Utah legislature to help establish several new, smaller emergency shelters. According to the County press release, the “one-size-fits-all” model isn’t the best model to aid homeless populations in leaving emergency shelters quickly and returning to a stable environment.  The new shelters would be designed to serve specific populations in separate facilities including: families with children, single men and single women.

McAdams will also pursue state funds to help divert people from emergency shelters and prevent homelessness through the use of short-term rental assistance in the private housing market.  According to the County, the total amount requested is approximately $20 million in one time public funds as well as $7 million in ongoing funds, and another $10 million in private investment.

The Central City neighborhood will soon house a smaller and specialized facility.  Work is nearly finished on the the First Step House Recovery Campus, a treatment facility dedicated to helping homeless veterans.  The new campus will provide provide 50 beds consisting of 32 treatment beds and 18 transitional housing beds built in a dormitory style with each resident having their own room while sharing a bathroom and kitchen.  The project is on the 400 South block of 500 East, almost two miles from the Road Home, the City’s largest shelter.

Both mayors cited unanimous support from stakeholders from two working groups that have been meeting for the past year, including the Homeless Services Site Evaluation Commission (HSSEC), a 28-member commission, was formed by Salt Lake City Mayor Ralph Becker and Salt Lake County Mayor Ben McAdams in December 2014 and is co-chaired by Gail Miller and former Salt Lake City Mayor Palmer DePaulis.  The commission has used this past year to gather public feedback through a series of public meetings to decide a more efficient way to serve the region’s homeless population.

Participants were given stickers to place on which scenario they preferred.  Based on sticker counts, participants seemed to prefer both scattered facilities and scattered shelters with centralized facilities over an inclusive campus.

According to a participant at the City’s most recent open house, for the scattered shelters to work, transportation to supportive facilities would have to be provided to those needing services.

The current concentration of homeless service providers in the Rio Grande District has proven to be problematic for both the neighborhood and those requiring the services.  According to Salt Lake Police Chief Mike Brown, criminals use the district’s large homeless population to hide their illegal activities.  The increase in criminal activity in the area led the City to increase police coverage over the summer and assign full-time social workers to work with the growing homeless population.