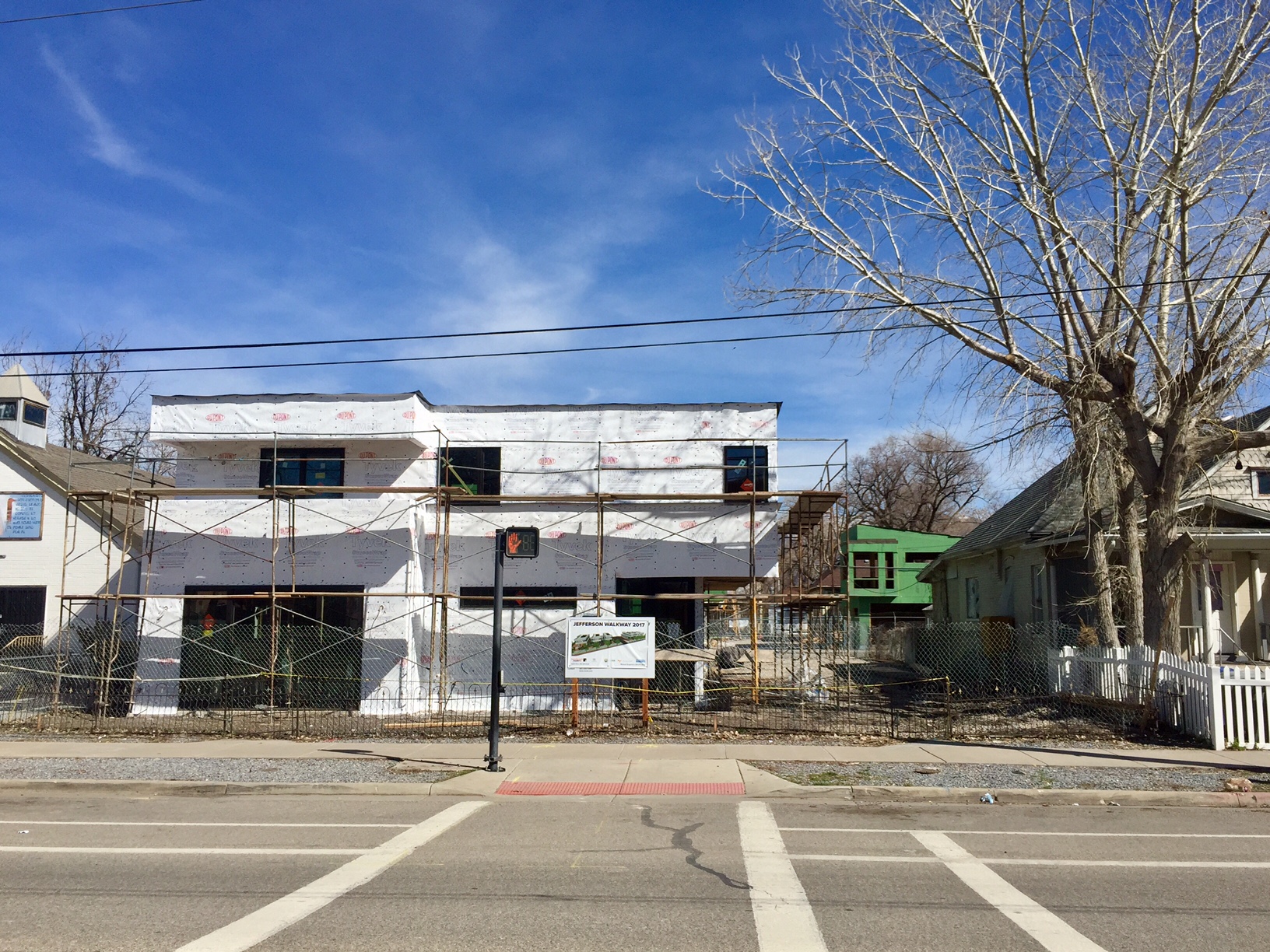 The 800 South block of 200 West in the Central Ninth neighborhood will soon test the city’s demand for smaller living in transit-friendly neighborhoods.  Two project’s under construction, the Greenprint Apartments and Jefferson Walkway cottage homes will collectively add 68 units that will be directly adjacent to a 900 South TRAX station.

The first of two buildings that make up the Greenprint Apartments is framed out and construction crews have demolished an adjacent single-family home to make way for the second building.  Each building will be four stories tall and consist of 30 micro-unit apartments.

The industry standard for micro-units is apartments 350-square feet or less in size.  The Greenprint units will be between 250 and 350 square feet.  The units will be studio apartments and according to a September 2016 interview with the project’s developer, Steve Ruf of Ruf Associates, the apartments will rent between $700 and $800 a month.

The apartments are geared toward car-free Millennials.  The Greenprint Apartments will not include off-street parking for residents but will provide eight bicycle stalls per building.

Across the street from the Greenprint Apartments is the Jefferson Walkway development, an eight-unit project that consists of six, new construction cottage homes, a renovated historic home and an accessory dwelling unit.

The six cottage homes and the accessory dwelling unit are framed out.  The cottage homes will front a pedestrian walkway to the south, that will connect Jefferson Street to 200 West.  The renovated home was relocated several yards to the south to have it sit just south of the new walkway.  The accessory dwelling unit is built above a two-car garage that will be used for the tenants of the renovated home.

The project was made possible through a public/private partnership with the Redevelopment Agency of Salt Lake City and homebuilders, Benchmark Modern.

The cottage homes will be energy efficient and will have a small footprint.  The four interior homes will each be two stories with a 750-square foot base (1600 square feet altogether).  The two exterior homes that front both the walkway and a public street will also be two stories and but with an 832 square-foot base (1664 square feet altogether).

The cottage homes will be for sale homes will have three bedrooms and two full baths and one-half bath.  The kitchen, powder room, dining and living rooms will be on the first floor and a master bedroom with a private full bath and two bedrooms with a shared bath will occupy the second floor.  The six cottage homes will each have an off-street parking stall at a midblock six-stall parking lot, with three angle-cut stalls on each side of a midblock alleyway.