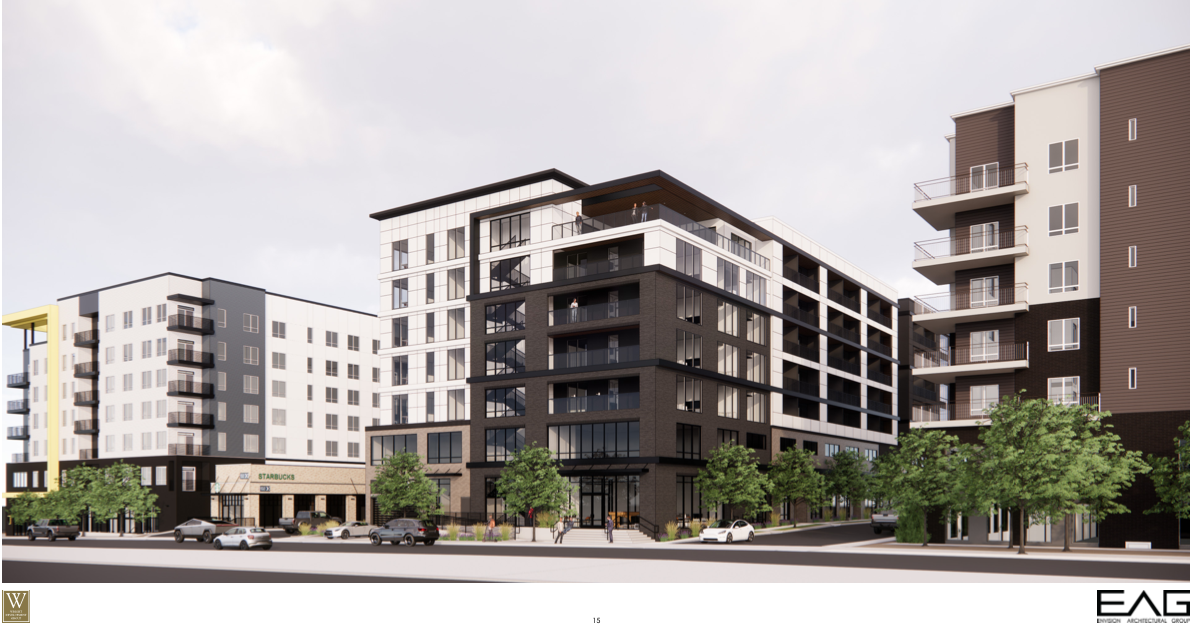 Despite a national economic slowdown, developers continue to be attracted to the 400 South transit corridor between Downtown and the University of Utah.

It will replace a one-story drive-thru Mexican restaurant whose burritos have satisfied many a late-night reveler in the city’s East Central neighborhood.

The project will wrap from 400 South onto Denver Street, where a proposed façade length of over 200 feet requires design review approval by the Planning Commission.

It will sit on .74 acres on two parcels. The Denver St. property currently hosts a three-story office building which will be demolished along with the Beto’s restaurant on 400 South.

Envision Architecture Group has designed a 5-over-2 structure with three levels of parking, one underground. It will provide 153 stalls for the project’s 156 units.

Those 156 units are divided mostly into studios and one-bedrooms, plus 14 two-bedroom dwellings.

Tenant amenities include a swimming pool atop the second-story podium and a seventh-story street-facing deck. At street level, satisfying the TSA-UN-C ground-floor activation requirements, architects propose a lobby, clubroom, co-working space, mailroom, and a feature staircase visible to 400 South.

Parking entrances are on both 400 South and Denver St. A passageway will be punched through the building from Denver St. to satisfy a right-of-way into the Starbucks drive-thru immediately adjacent to the west.