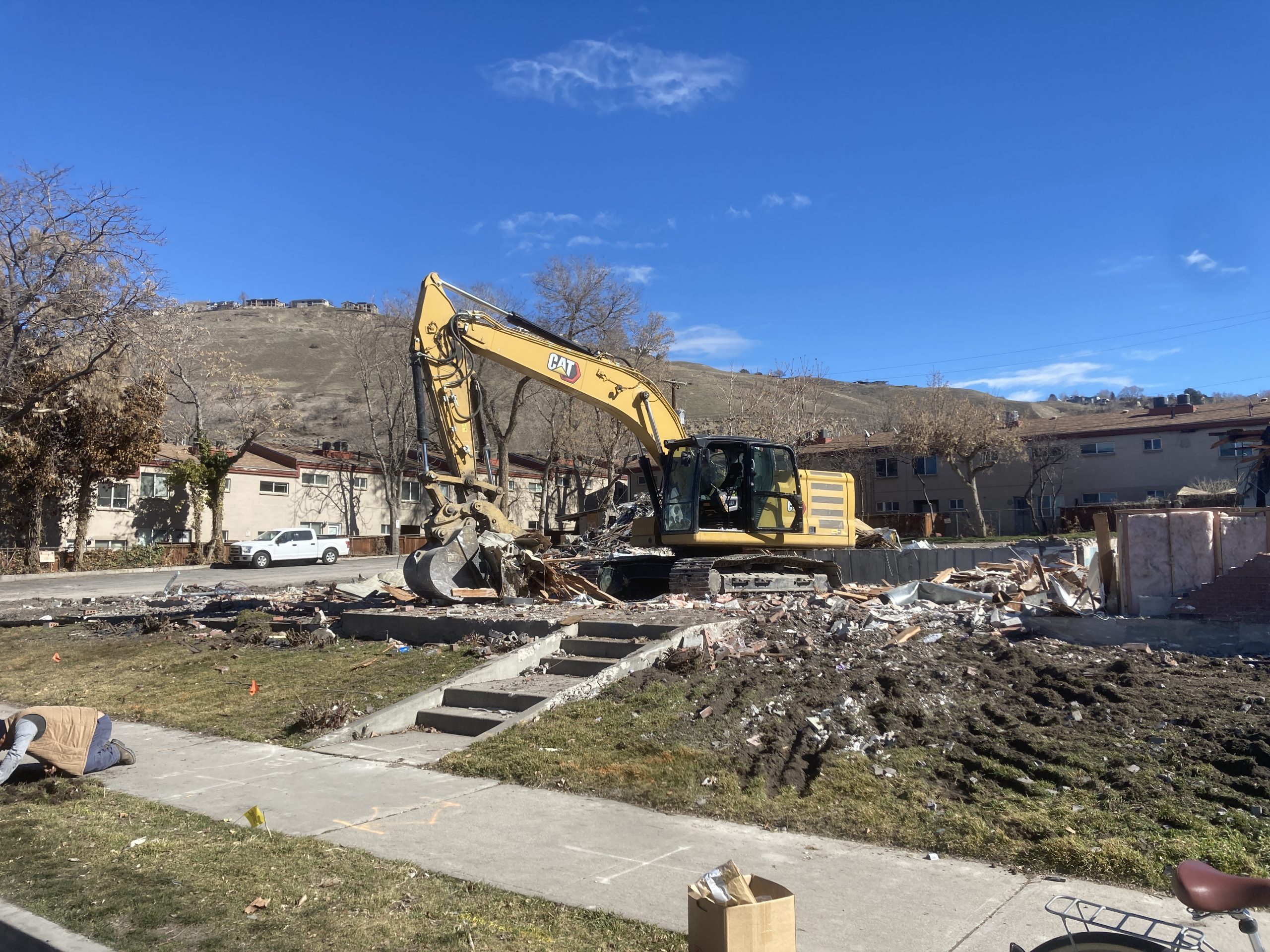 If you happen to be planning to tear down a building in a historic district, the very least you can do is follow the process before demolition.

We’re delivering that piece of advice after a property owner in the Capitol Hill Local Historic District tore down a building without following a process that’s set up to make sure buildings with historic value don’t vanish without a public process.

But the owner of a property at 624 N. 300 W. not only tore down a structure without obtaining a permit, they did so at potential risk of violating a city ordinance that seeks to protect historic properties.

A resident contacted us to ask what was planned for a property in the Marmalade neighborhood that was in the middle of being bulldozed. The reader hadn’t read any news but had heard through the grapevine that a 55-unit apartment building would replace a 55-year-old office building in the historic neighborhood north of Downtown.

We checked. Nothing in our archives. Nothing with planning. No building permits. No demolition permits.

“There are no permits whatsoever for those addresses,” we wrote. “They should have gotten a demolition permit to knock down what was there, and they would have to pull commercial construction before building anything (even if they don’t have to go through Planning Commission to get approval). There’s nothing on the east side of 300 West for those addresses. This is intriguing.”

Typically for any structure being demolished, property owners should obtain a demolition permit. That’s true whether it’s in a historic district with added protections that attempt to preserve the city’s historic fabric or not.

But the reader had first-hand knowledge that the building, indeed, was coming down last month: Their home overlooked the site.

“I worked from home on Wednesday and basically experienced shakes all day with their work,” they wrote. “It’s incredibly obnoxious — like, I’m truly all for more housing in the city and not trying to be a NIMBY-er, but there’s a process for this stuff.”

NIMBY stands for Not In My Backyard and is an acronym used to describe people who might support new housing being built, just not near them.

Curious, it became a puzzle to solve rather than a problem to fix.

The reader called the city’s Building Services, which confirmed there were no permits associated with the properties and sent out an inspector. We followed up.

The department confirmed they had gotten multiple calls about the demolition from interested neighbors and sent an inspector to get in touch with the property owner, who wasn’t on site. Yet the building was actively being razed.

“It seems like these folks are trying to get around it and counting on apathy from the neighbors/city to get it done,” the BSL reader told us.

Out of curiosity if that’s where it ended, we followed up again. We were curious if a property owner in an area that has city protections over certain buildings by not pulling permits and evading sanctions by avoiding the site during inspections.

“My hope is this is not a contributing structure,” said Amy Thompson, a senior planner with the city overseeing historic properties when told of the demo. “Someone can’t just go demolishing a contributing building without going through a process.”

The city keeps a record of properties that are considered contributing and non-contributing.

City ordinance seeks to protect buildings that are older than 50 years of age within historic districts. But only some buildings. The building at 624 N. 300 W., long overlooking the state of Utah’s US-89 and its nine lanes of carspace, was not considered to be contributing to the neighborhood.

“There was an administrative interpretation done in 2017 on the contributing status of it,” Thompson said. “It was determined that the building was non-contributing.”

Regardless of its non-contributing status, any property in a local historic district needs what’s known as a certificate of appropriateness before they’re demolished or the exterior is changed.

The process includes notifying neighbors within 85 feet, a 12-day waiting period and a permit.

The city can issue a stop-work order if work continues on the site without permission. If it ever comes into compliance, the public should be notified of any future work.

“Any new construction on the site will have to be reviewed and approved by the Historic Landmark Commission at a public hearing,” Thompson said.

If anyone sees otherwise, feel free to get in touch.