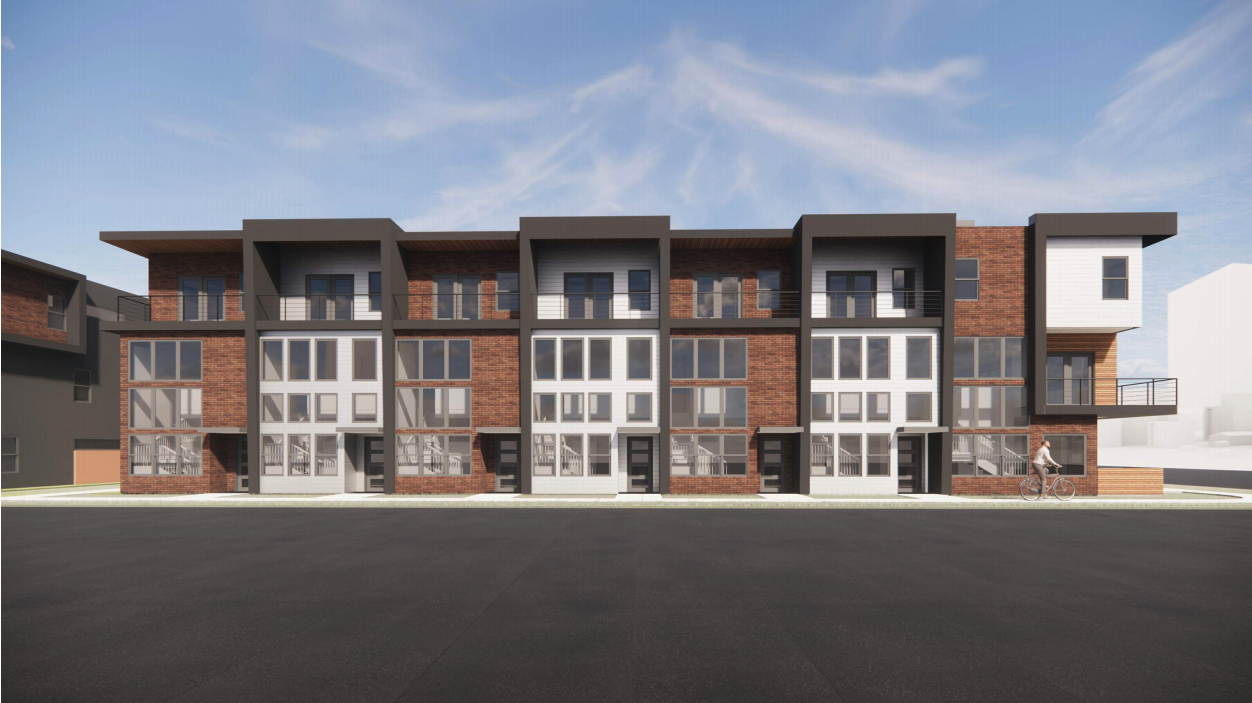 Four single-family homes would be replaced by 30 townhomes under a new proposal that would bring several rarities to Salt Lake City’s North Temple corridor.

Nearly half of the east side of Chicago Street between South Temple and North Temple would be replaced by 30 single-family attached townhomes in four buildings.

The project is the type of development that will follow what the zoning allows: While there are single-family neighborhoods within steps of transit lines today, transit station zoning will attract developers who buy out owners, tear down houses and replace them with higher density homes.

Many of the new homes would be large enough for families, a relatively rare feature in today’s multi-family rush.

Many other buildings along the North Temple corridor will bring studios or one-bedroom apartments, which developers believe will attract young working professionals looking to live close to transit and Downtown despite the cramped living space.

The new homes on Chicago Street would also be for sale, another rarity anywhere in Salt Lake City today, as developers have overwhelmingly favored building rental homes and avoided the potential pitfalls of building and selling condos.

The Washington-based developer’s stated goal is to create a chance for more Salt Lakers to build wealth through ownership in the neighborhood.

“By creating a townhouse subdivision plat we are creating the opportunity for ownership which will help create economic stability,” they wrote in design review documents filed with the city this week.

The total site is 0.84 acres and will have a density of about 35 homes per acre, up from about five units per acre.

Zoning standards that encourage high-density near fixed transit lines in Salt Lake City has created a long queue of home-building near North Temple.

The zoning includes the commercial spaces fronting the street and its transit line that goes from Downtown to the airport (reaching employment and housing clusters all along the way).

It also includes the side streets like Chicago Street (near 930 West), where homes built in the early 20th century on 4,800-square-foot or bigger lots limit the number of people who can live near transit.

But transit lines are intended to allow people to live without the financial burden of car ownership. So the city created zoning to allow for the homes of many more people to replace the homes of few.

And that has set the stage for the ongoing stress and tension over densification and fear of displacement. That plays out citywide, amid stress from a decade of explosive growth, and particularly near North Temple, which is queued up for a building boom.

“Development generally happens as infill on vacant parcels or redevelopment of underutilized parcels,” the zoning says. “These stations evolve in established residential areas where initial changes may add density and intensity in compact building forms that blend in with the residential character of the area.”