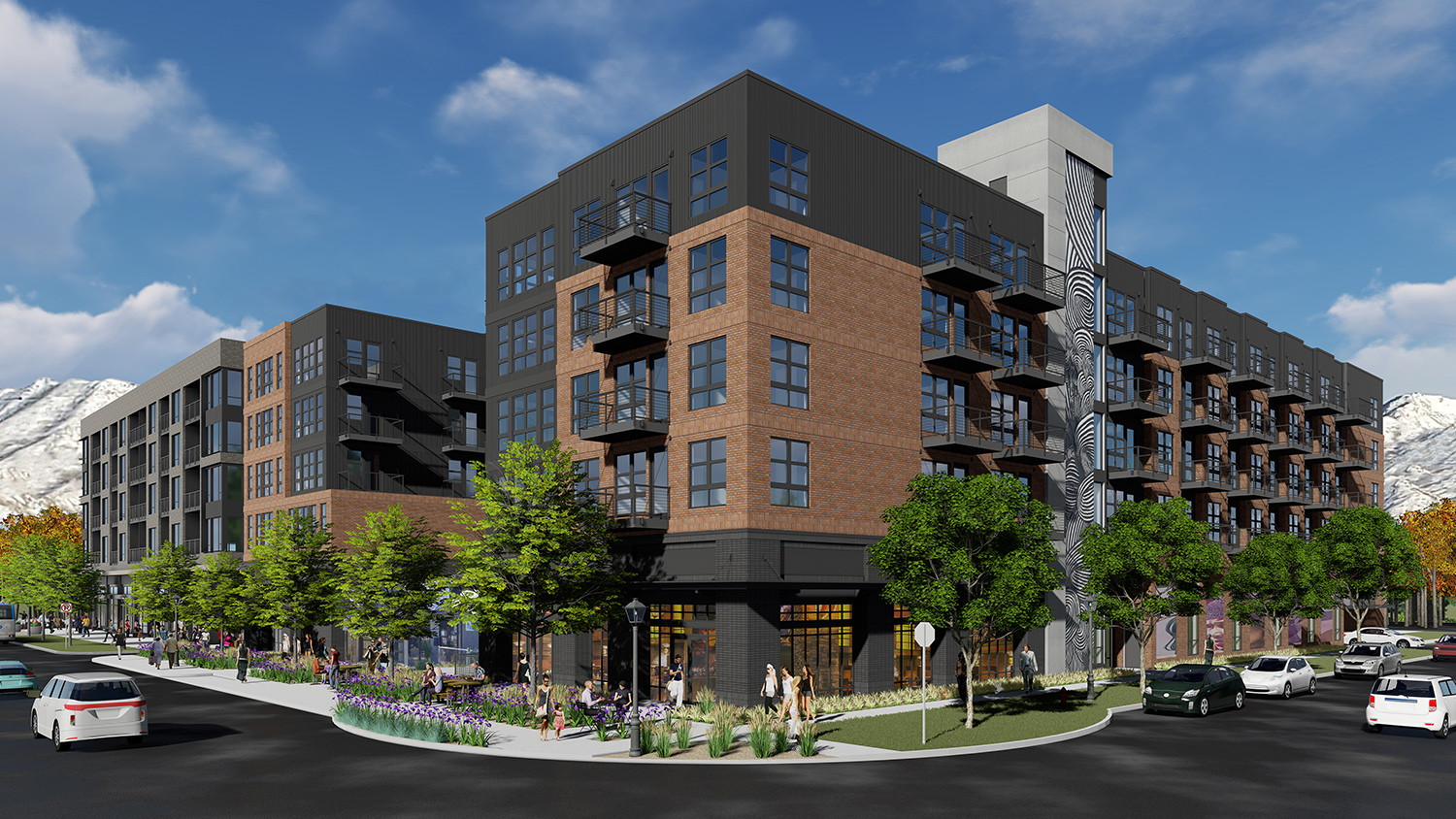 Central 9th continues its rapid march toward urbanization with the latest ground-breaking this week that will continue framing out the neighborhood’s main street along 900 South.

The demolition this week of the former Henries Dry Cleaners comes after years of delay due to contamination and delays from dealing with the state and may have overshadowed progress next door.

The parcels between 200 West and Washington Street (~250 West) has been a crucial underutilized space in what has otherwise become a fast-growing urban neighborhood on the fringe of Downtown. That began to change this week with the demolition of a burned-out building and ground-breaking of two separate but related projects.

The two projects will not only bring space for hundreds more people living in the small neighborhood, they’ll expand the growing retail and dining space that already makes Central 9th a space worth visiting on par with 9th & 9th and other small retail-led neighborhoods in Salt Lake City.

The ground-breaking along Washington marks the beginning of the Slate, a mixed-use project that will be the first built and over the coming 1.5 years. It will bring a five-story mixed-use project near the 900 South 200 West TRAX station.

The Slate will add 150 new units with ground-floor retail space to continue the neighborhood’s build-out. It will be the first of what will become two buildings between 200 West and Washington Street in the next two to three years.

Slate makes up what may become the western boundary of multiple developments between 200 West and Washington Street. East of the alley is the burned-out shell of a former Henries Dry Cleaners.

Urban Alfandre has plans for the parcel that had been held up by the Department of Environmental Quality due to ground contamination caused by the dry cleaner until this week. Bulldozers this week demolished the cleaner, which had been severely burned at some point over the past year.

Alfandre must remediate the surrounding soil before breaking ground on that 128-unit mixed-use project, known as the Sydney.

Together, both Alfandre properties will frame an activated allweyway and continue the build-out along 900 South near the TRAX station.

Slate will be split up by a retail parcel that includes a barbershop and a purified water retailer, which gives the larger building a smaller frontage along 900 South and the appearance of two, smaller buildings despite its larger footprint.

The infill site was an assembly of four parcels and wraps around the existing Central Water and the building at 227 West 900 South, which will remain.

Slate will include 3,530 square feet of ground-level restaurant and commercial space.