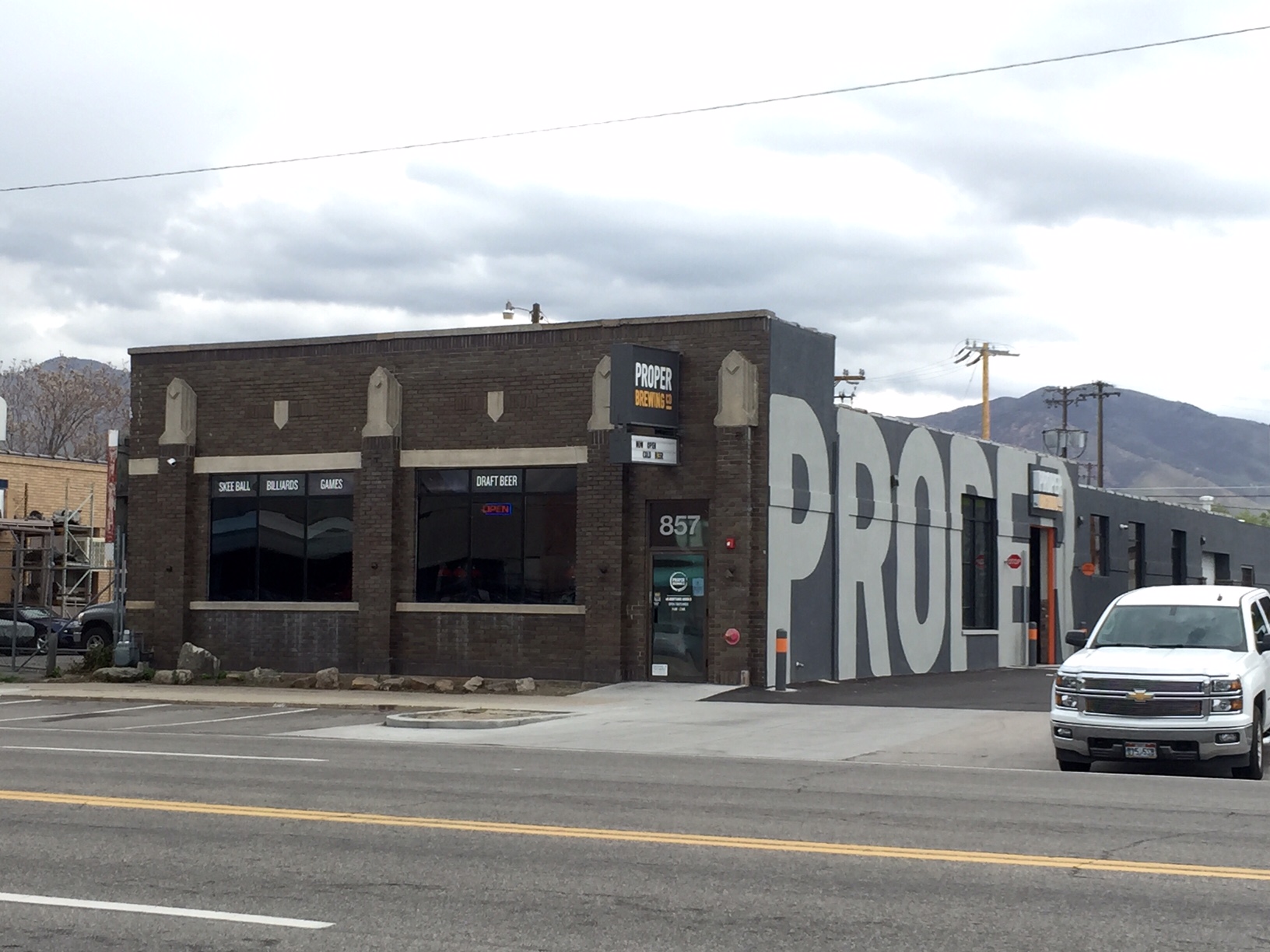 The recently opened Proper Brewing is about to get some neighbors. Fisher Brewing Company, a revival of Salt Lake City’s oldest and longest-running brewery, and Kiitos Brewing, a brewery boasting the only high-efficiency brewing system in Utah, both plan on beginning operations later this year in the Granary District.

The predominantly industrial neighborhood, bounded by 600 South and West Temple to Interstate 15 and the 900 South Freeway on-ramp, has already become a hotspot for artists.

The same elements that make the Granary appealing to artists, flexible zoning and large underutilized warehouses, are also attracting breweries that want to be in a high-interest neighborhood that is still affordable. Prominent artists such as Trent Call, Fisher Brewing’s designer, have their studios in the Granary.  Events like Granary Row, the seasonal strip of pop-ups operating out of shipping containers, have elevated the neighborhood’s “cool factor.”

A third potential neighborhood brewery, Kilby Court, was approved by the Salt Lake City Planning Commission in November of 2014, but the project appears to have stalled.

For Tim Dwyer, general manager for Fisher Brewing, the grittiness of the industrial area is appealing. The site of the new Fisher Brewing was most recently a pair of adjacent auto garages.  Dwyer plans to update the existing character of the space while maintaining the integrity of the neighborhood.

The city also appears to see the economic value in local breweries.  In December of 2015, the Salt Lake City Council approved a zoning amendment that changes how breweries are classified and expands the types of city districts where breweries can locate.

Breweries also fit into the long range goals the city has for the Granary District in finding new uses for vacant industrial properties.  According to the Redevelopment Agency, the city’s plan for the Granary District Project Area is to “combine the adaptive reuse of contributing structures with new infill development in a manner that supports commercial, residential, and light industrial uses.”

Dwyer notes that the with the apartment buildings that have been recently completed or are in the works nearby, he expects that his brewery will become a lively and walkable destination for the residents.

The RDA has provided financial assistance to Fisher Brewing, but Kiitos has decided to move forward without any obligation to the agency. Still, Andrew Dasenbrock of Kiitos has indicated an appreciation for the neighborhood, working to clean up the area around their lot and reaching out to existing businesses.

Dasenbrock anticipates change and revitalization in the area, predicting that in five years the Granary will be unrecognizable.

Based on the gentrifying effects that breweries have had on other cities holds true, Dasenbrock’s prediction could hold true.  After Brooklyn Brewery opened in the Williamsburg neighborhood in New York City, rents rose so much in the neighborhood that the business was almost priced out of their location.

Fisher Brewing Co. plans to open their brewpub at 320 West 800 South in August, pending a permit from the federal Alcohol and Tobacco Tax and Trade Bureau. Kiitos Brewing plans to begin production at 608 West 700 South in May or June with onsite to-go sales from a cold case. By the end of the year, they both plan to begin serving food with their beer on tap, similar to the set up that Epic Brewing uses, rather than wait years for the state to issue a bar license.