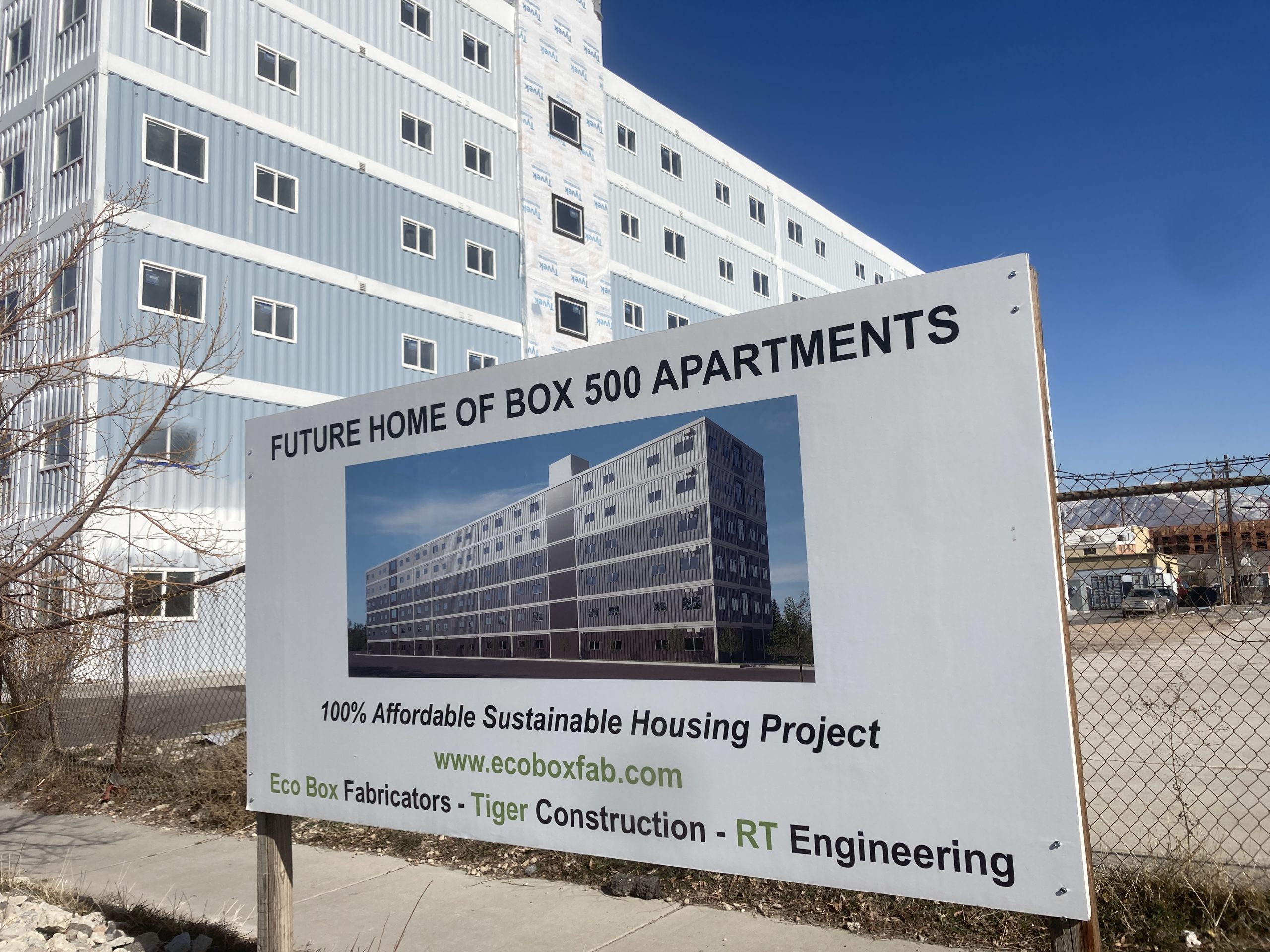 A pioneering project attempting to deliver affordable, low-carbon, energy-efficient units in south Downtown seems to have gone dark, according to neighbors.

Not so, says the developer. Financing is in the bag. Interior work is continuing. Final exterior paint is imminent, once warmer Spring weather arrives.

“I haven’t set a final sale price yet,” Rod Newman told us, who also owns and operates Eco Box Fabricators on 800 S and 600 W and Metro Title on E Broadway in Salt Lake City. First, he has to “back out” his costs for all the re-dos on the project.

Experimentation abounded. City regulators had never dealt with a project of this type. The all-steel building aiming at affordability has suffered a mountain of challenges as the first-of-its-type in the city.

“It’s been almost four years,” Newman groaned, when asked why he is selling. “But I never planned on owning, renting, and keeping the property.”

Once the new roof is on – a “two-week job” – and the HVAC system is filled with freon, Newman predicts only 30 days to completion. He currently has around 20 workers from his nearby Granary EcoBox factory finishing units inside, he told us.

Is he going to sell before completion? “It depends on the buyer,” he says. “Some [prospective buyers] want it finished, others not finished.”