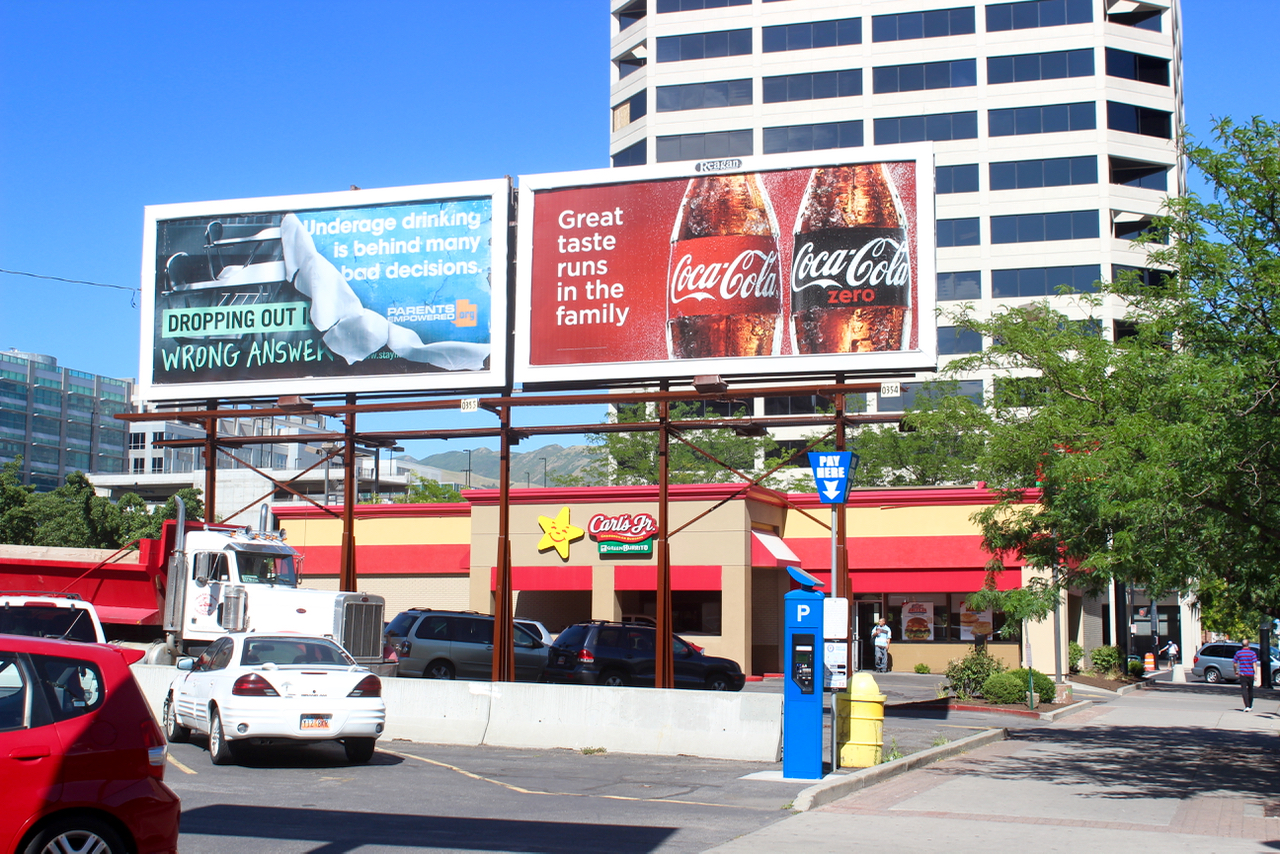 Reagan Outdoor Advertising (ROA), Utah’s largest outdoor advertiser, and local officials have been engaged in a power struggle over conflicting interests for several years.  The power struggle resurfaced last week after Reagan was found to have created a political action committee in an apparent attempt to influence the Salt Lake City’s Mayoral race.

For city leaders billboards can be an impediment to local development.  Outdoor advertisers are private property owners with property rights.  But for advertisers like ROA, there is little financial incentive to maintain or develop their properties because the land only serves as placeholders for the company’s billboards.

As most cities limit or ban new billboards, ROA has vested interest in preserving their remaining properties and accordingly contributes to local politicians that they feel will advocate for them.

Indeed, Reagan donated nearly $350,000 to state and local officials between 2011 and 2014, and was one of the largest contributors to local campaigns during that time period.  The outdoor advertising agency increased political donations after Salt Lake City Council voted to ban new electronic billboards in 2011.

Since 2011, the outdoor advertising companies have lobbied for legislation that would take away cities’ ability to ban electronic billboards.

The Utah League of Cities and Towns has fought back passing a 2012 resolution that advocates for local control over billboards and local land use.

According to the resolution, “The regulation of billboards is an issue that uniquely impacts the character of neighborhoods within our city; and the citizenry of our cities believe, that local government is responsible for balancing their private property rights with those of the sign industry.”

In Salt Lake City, several billboards occupy space in neighborhoods that the City wants to see developed.  Reagan owns the dirt lot on the southeast corner of the 200 W. 900 South intersection,adjacent to the Blue Copper Coffee Room and the 900 South TRAX station.  Because the lot occupies a prominent corner, it is a key component to the redevelopment of the Central 9th neighborhood.

Cities will continue to fight with companies like Reagan, as they impede growth by acting as land-bankers refusing to sell air rights, parcels with billboards or demanding a higher price than the land is worth.

“I was surprised to see the signs this week.  Our campaign had no coordination with this PAC or involvement in any decision about their expenditures,” said Jackie Biskupski in a statement to Utah Policy. “I believe it makes sense to limit contributions to candidates and PACs, unfortunately, that rests in the hands of the legislature and the majority has not shown an appetite for making that change.”