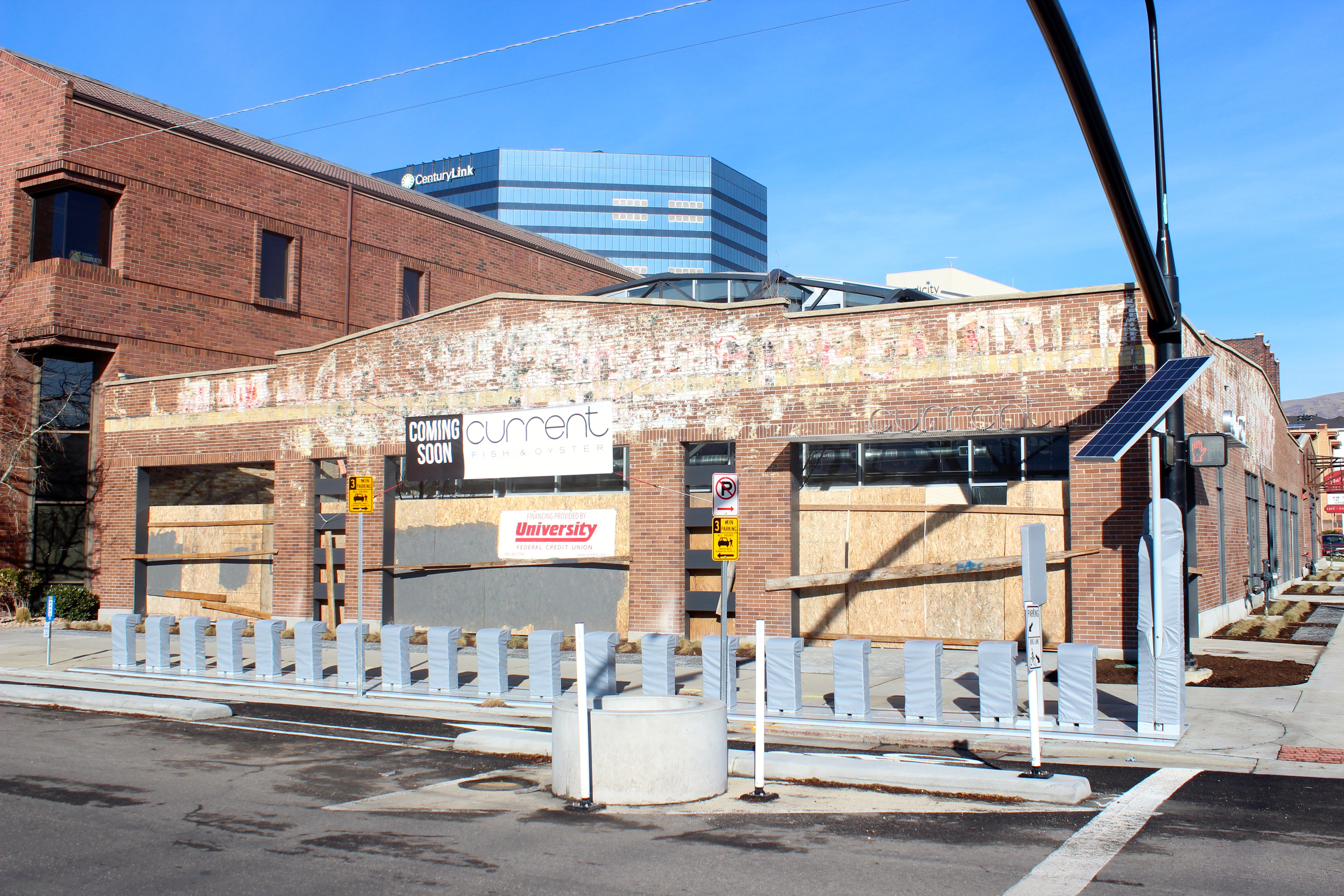 It can be difficult to dissuade people in the Salt Lake Valley from driving into the capital city.  Even with air quality concerns, expanded bike lanes, a popular bike sharing program and mass transit options, most people still prefer to drive.

Real estate developer and co-owner of Vinto Pizzeria, David Harries believes that the area is evolving towards being less car-centric.

That belief is apparent in Harries new development with business partner Pat Reedy, Three and Three UnCommons.  The project, at the intersection of 300 South and 300 East, utilizes its proximity to alternative forms of transit to encourage patron’s to leave their cars at home.

When protected bike lanes were installed on 300 South last fall, it angered some local businesses and residents that argued it reduced the amount of parking and would hurt area businesses.  For Harries the increased transportation options around 300 South were part of the appeal in building along the corridor.

Three and Three Uncommons will have no dedicated parking.  While there is some off-street parking in the vicinity, the developers have added elements to the project that take advantage of the adjacent protected bike lanes along 300 South.  Harries and Reedy paid to have a GREENbike station (Salt Lake’s bike-sharing program) directly in front of the restaurant.  Bike racks will also be installed for employee and patron use.

Three and Three Uncommons also benefits from its relative short distance from TRAX.  The development is a block away from the Library TRAX station and three blocks from the Gallivan TRAX station.

The project will consist of three different spaces, a restaurant, private club and a food hall.

Mikel Trapp and Joel La Salle will open Current, a seafood restaurant in the front portion of the building fronting 300 South.  Current will be the first spaced finished and is expected to open late February or early March.  Current will feature a large partially enclosed outdoor dining area that opens to 300 South. Trapp and La Salle own several restaurants in the city including: Faustina, Oasis Cafe, Caffe Niche, Trio and Fresco Italian Cafe.

A proposed private club will occupy the second space.  Restauranteur, Eric Debonis will open a food hall/food market that will include a butcher, fish monger and various food vendors.  The food hall will occupy the third space at the northern end of the building.

Three and Three Uncommons replaces what was previously the Salt Lake Antiques shop and a Ford car dealership before that.  The building’s original barrel roofs have been restored and Harries has kept nearly all of the original windows.  Large interior windows separate each space providing plenty of natural light while making the building feel more open and the different spaces connected.

“We’ve tried to maintain the historic nature of the building,” said Harries.  “You can’t build that character into a building, you can’t replicate that authenticity.”