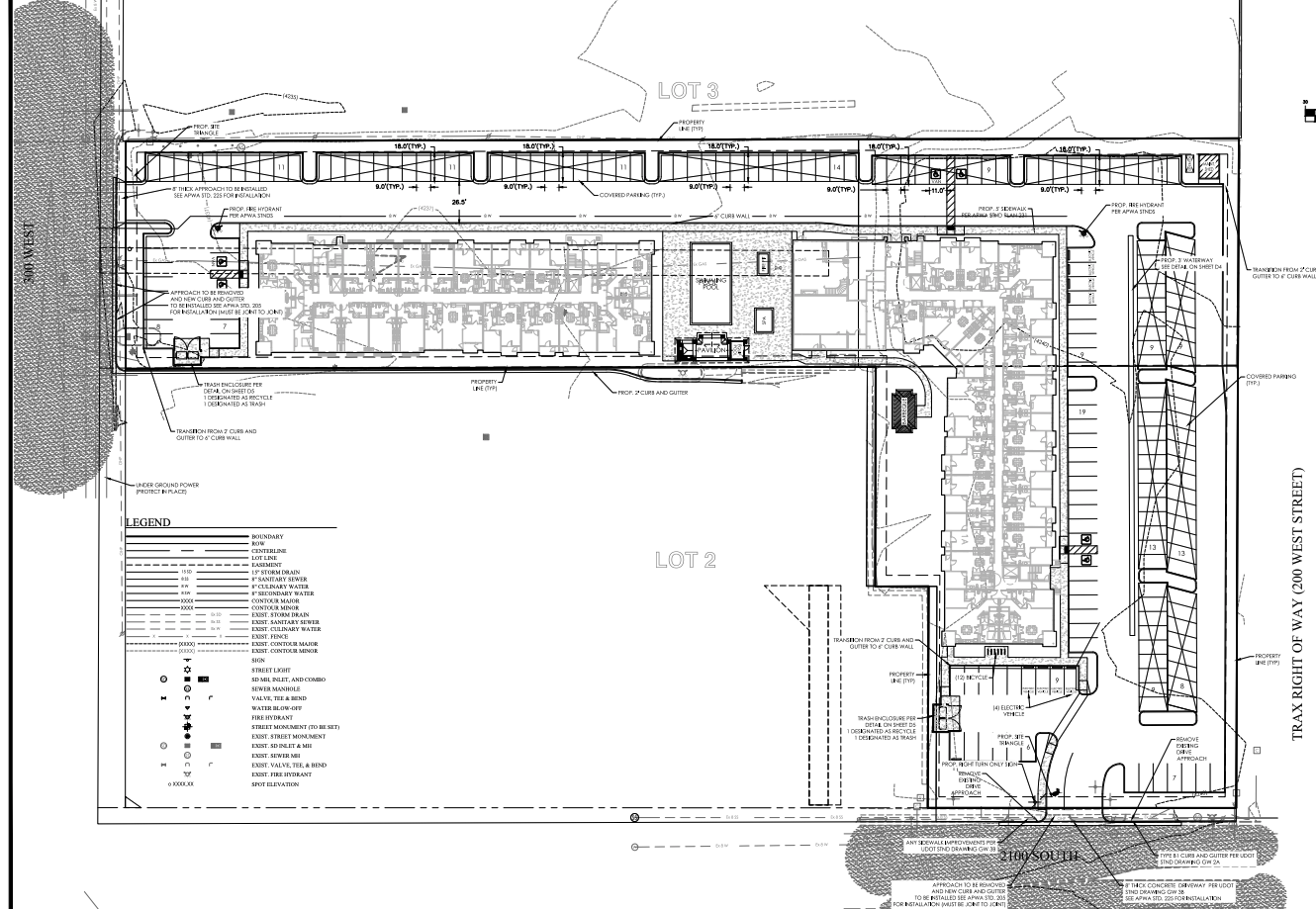 The car-dominant, big-box retail corridor along 300 West from 2100 South into Downtown would see yet another big apartment development under proposed plans from Castlewood Development.

The developers envision building 206 one- and two-bedroom apartments and adding 194 parking stalls, many of them fronting the TRAX right-of-way and station across 2100 South.

The project could include as few as 128 parking units because of its close proximity to a UTA station south of 2100 South, but it will instead include 0.94 stalls per unit.

The development would continue a string of new, large apartment buildings seated along a roadway that’s largely dominated by big-box retail stores like Home Depot, Sam’s Club, CostCo and Target, among many others.

The corridor has come to the fore as both an easy place to site large residential developments in recent years, in part because there are no single-family neighborhoods to push back against the multi-family projects. It will also become the future home of 200 residents experiencing homelessness when a new shelter at 242 W. Paramount Ave. opens in coming months.

New residents at the apartments and those staying at the new shelter will have to navigate an incomplete sidewalk system if they travel by foot into Downtown, where many homelessness services are still located. There is also no bike infrastructure on the roadway despite ample space.

The city is still working to find a way to pay for reconstructing the road from its southern boundary at 2100 South to Downtown, where it turns into US-89 and is maintained by UDOT.

Still, developers are bringing forward proposals that will add hundreds of people into the area in coming years.

Directly north of the 2100 South Apartments, developers are working to build @2100 Apartments, an 81-unit apartment, five-story building near 2000 South 300 West, which would surround a Sam’s Club parking lot.

The @2100 Apartments development was set to direct people from the apartments toward 300 West, rather than create a walkway near the TRAX line, because there’s no crosswalk on 2100 South in the area, which is maintained by the state. The Planning Commission opted to approve that project on the condition that it move slightly west, allowing for a possible walkway in the future on the east side of the building toward TRAX.