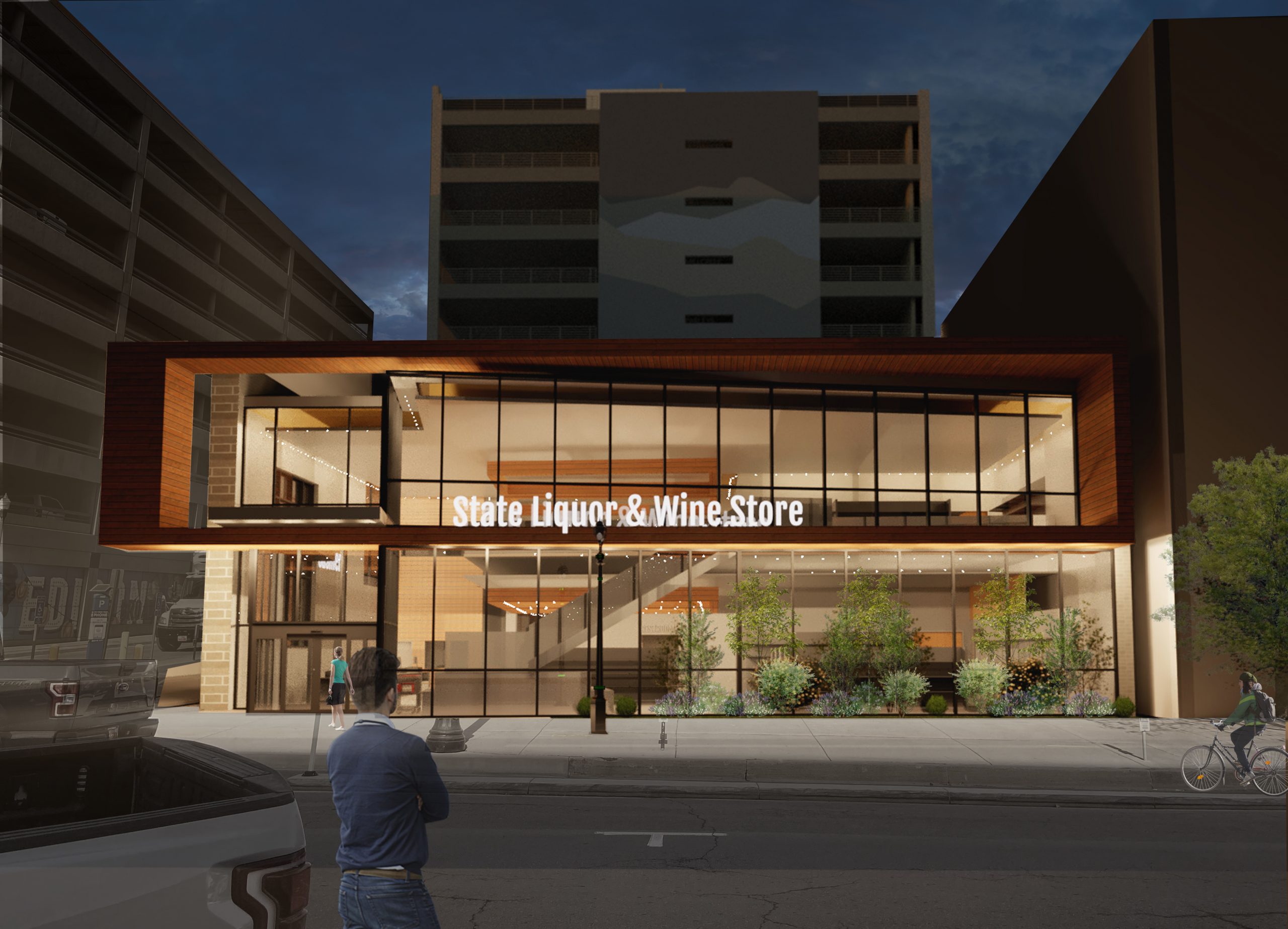 Construction of a 10-story parking garage and new state-run liquor store in the center of Downtown Salt Lake City has been delayed after bids for the work came back twice as high as the state expected to spend on the project.

The price shock was due to a combination of supply shortages, spikes in the price of concrete and steel, the design of the project and high labor costs, an official with the state agency overseeing the project told Building Salt Lake on Thursday.

The state isn’t abandoning plans to build the parking tower on the walkable mid-block Edison Street and new liquor store on Broadway, one block from an existing store. Instead, it is seeking new bids and plans to adjust the design and construction style to save on project costs.

“Our bids came in basically double our budget,” said Jim Russell, director of the Division of Facilities and Construction Management. “We tried to work with the responding contractor to see if we could value engineer it. We couldn’t get anywhere close.”

Whereas DCFM had hoped to have the project complete by October 2022, Russell now says he hopes construction can begin by the end of the year. It could take up to a year and a half to complete.

The project originally sought to use precast materials, Russell said, which could be built off site and hauled in. That drove up the cost of the project, so the revised version will be cast in place on site.

The state still plans to team up with Ivory Development on the parking structure, offering the developer a potential savings on a building that is yet to be unveiled but has long been expected on the corner of 300 S. 200 E. in east Downtown.

Ivory didn’t immediately respond to a request for comment on Thursday.

Why 10 stories? Why Edison?

The inclusion of parking for the private developer is part of the reason for building such a tall parking structure in what is a relatively rare, narrow and calm street in the city center.

Bars, restaurants and other businesses have been attracted to the street between 200 South and 300 South, in a vibrant part of the city.

The tower will also be 10 stories because the lot is narrow, because the state plans to keep parking for use by state employees working in the Walker and Wells buildings across the street, and to include space for liquor store patrons.

Rather than contribute to the pedestrian scale of the street, the garage can be expected to inject a steady stream of vehicular traffic onto the one-way street if and when it’s built.

The decision to add a traffic magnet onto Edison Street — and a liquor store within a Frisbee throw of an existing store — belongs to the state Department of Alcoholic Beverage Control. But Russell suggested lack of parking at a busy store at 400 S. 200 W. is another reason to move it to 300 S. Edison.

“That’s one of the reasons we’re trying to replace it,” he said, adding others were the existing’s store’s “proximity to Pioneer Park and homelessness issue.”

It’s not like it’s particularly new or unique to Edison or Broadway. The Redevelopment Agency of Salt Lake City owns an existing eight-story parking structure on the other corner of the street. (Although part of that car tower is activated by a popular bar, whereas the state’s structure will have no activation.)

Russell said Ivory would share the cost of the structure, but that it would remain state property. The state would then create a lease agreement for tenants at the Ivory property to use spaces in the garage.

When asked whether the state was subsidizing parking for a private developer, Russell suggested the Legislature would want the approach.

“The highest and best use of the property might be to add that additional parking rather than say no and push it somewhere else,” he said. “If we don’t allow them to add on there then it’s got to go somewhere else.”