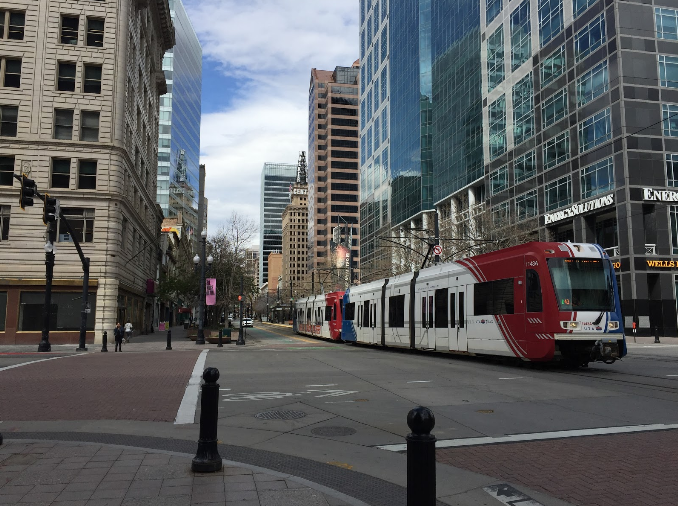 UTA and one of the country’s highest-rated commuter apps, Transit, recently announced a 5-year “cooperative agreement” to share data and enhance rider support.

Mobility Lab named Transit its best app for public transit commuters in 2018. The iMore website called it the “one app” you need for transit and commuting, and Android Authority put it on its 10 best transit apps list (2019).

The Transit app has been live in the Salt Lake metro area since 2014.

Present in over 200 cities worldwide, Transit aims to excel at trip planning, vehicle tracking, service alerts, and step-by-step navigation. Location of GreenBIkes and Spin scooters, as well as Lyft and Uber ride share connections are all part of its offerings.

Riders currently receive patchy data support from UTA. Next train digital information boards were introduced on all TRAX platforms between 2009-13, and marked a major uptick in support for riders.

Next bus information has been harder to come by. UTA’s “Ride Time” next bus texting platform is currently not functioning, and users of the Transit app report that information for UTA busses is frequently lacking.

UTA confirmed that all information failures in the Transit app for UTA vehicles “Are UTA’s issue, not Transit’s. We are working to clean up that data and improve accuracy, and now have a direct line to work with the Transit developers to make sure the data is displayed as accurately as possible,” wrote Andrea Packer, Communications Director, in an email to Building Salt Lake.

Packer points to new features for UTA riders in the Transit app. Riders who subscribe to their routes can receive service alerts, as well as reminders when to leave for their ride and when their stop is approaching.

In addition, Transit is available offline, so riders can check schedules and plan trips on their phone without access to data.