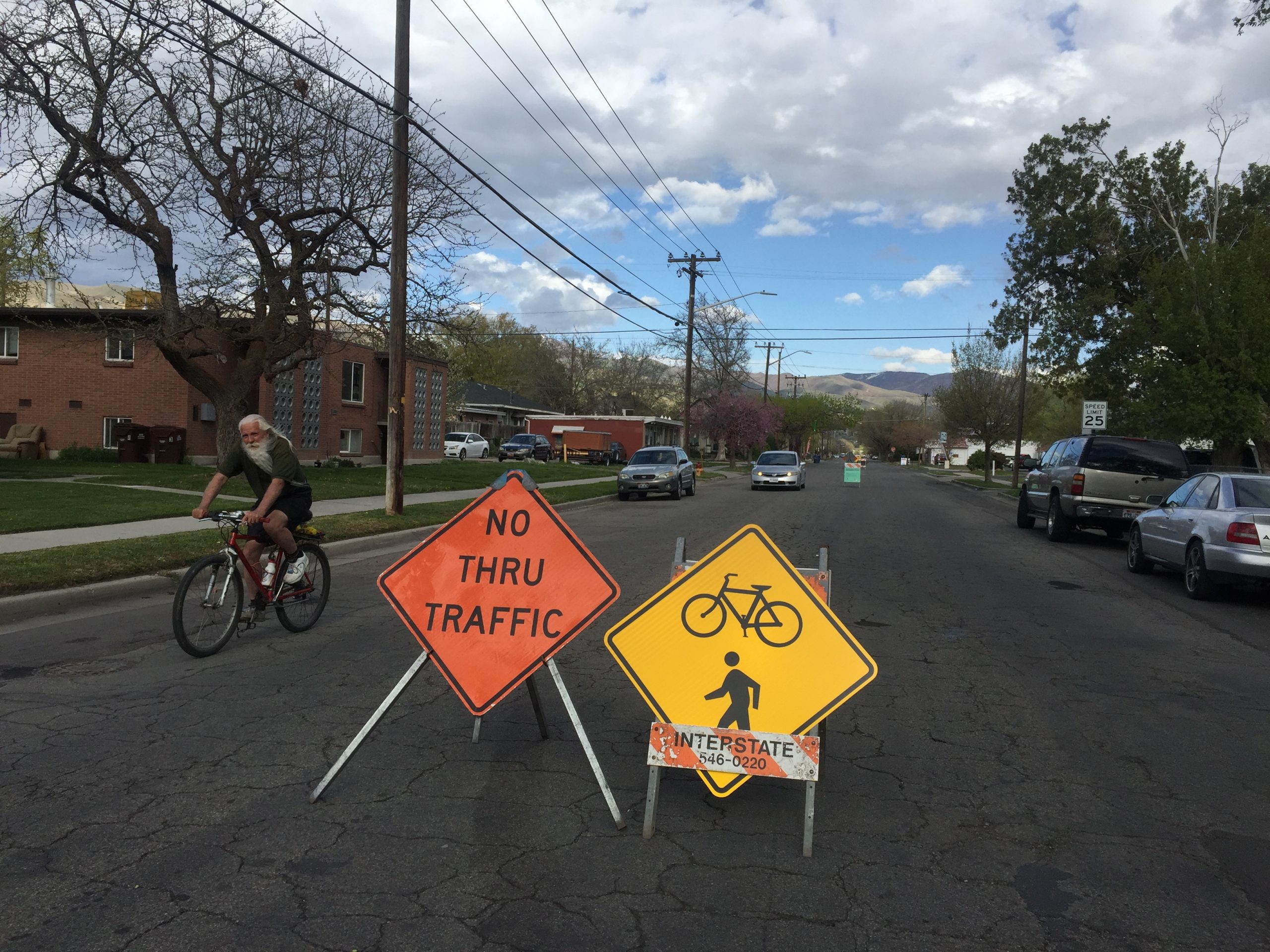 After weeks of studying the idea, Salt Lake City followed other cities worldwide that have moved to give more space to people outside cars, conceding that when more people walk, our sidewalks don’t provide enough space.

During the coronavirus pandemic, when Salt Lakers stay home, drive less and join each other on the sidewalks to exercise and get clean air, they’re increasingly finding themselves dipping into the street to avoid passing one another and risking infection.

The city is starting slowly, with Mayor Erin Mendenhall announcing on Wednesday that one street — 500 North from 800 West to Redwood Road — would be closed to vehicle thru-traffic and focused on people outside of cars.

It’s a unique corridor, with an oversized street that’s common in Rose Park and a mix of single-family homes and neighborhood businesses.

The opening connects the Jordan River Parkway, which has been a difficult place to keep distant from people, with bike lanes on 900 West, 1000 West and 1200 West.

It will be followed by more streets in the coming week, but the city hasn’t yet said which ones. It had asked residents for their thoughts on opening a few dozen miles in neighborhoods throughout Salt Lake City. 6,000 people filled out the survey, but the city hasn’t released its findings.

What’s up with UDOT?

The Salt Lake City Transportation Division had already moved to give pedestrians the automatic green light to cross the street at most intersections Downtown, no longer requiring them to push a button for permission to cross.

While Salt Lake City decided to give better service — at least temporarily — to pedestrians crossing streets Downtown, the Utah Department of Transportation declined to follow suit.

That is, until it may have changed its mind.

In a tweet on Tuesday, the Salt Lake City transportation division said UDOT had agreed to automate its signals for pedestrians. The tweet has since been deleted, but Building Salt Lake confirmed on Thursday morning signals that typically require people to push a button for permission to cross state roads were, in fact, automated.

That would apply to some of the busiest intersections in Salt Lake City, including lights at 400 South, State Street and 300 West.

A UDOT spokesman didn’t respond to a request for comment Thursday. But the decision would mark a shift from the agency, which initially dug in its heels for fear of giving what one engineer called “another win for ‘activism,’ and the war on vehicles.”

UDOT frequently requires pedestrians to push a button for permission to cross the street. Earlier this month, John Gleason, a spokesman for the agency, had said “it is unlikely” because helping pedestrians cross the street could represent “challenges to safety and mobility.”

He shared a 300-word list of talking points that Building Salt Lake has since learned were written by a traffic light engineer for the agency and shared among other engineers nationwide.

The UDOT engineer wrote that joining Salt Lake City and automating crossing signals for pedestrians would somehow negatively affect safety, air quality, traffic, and would put UDOT employees at risk of catching COVID-19 when closing off the buttons to prevent people from pushing them.

It must have had a change of heart.