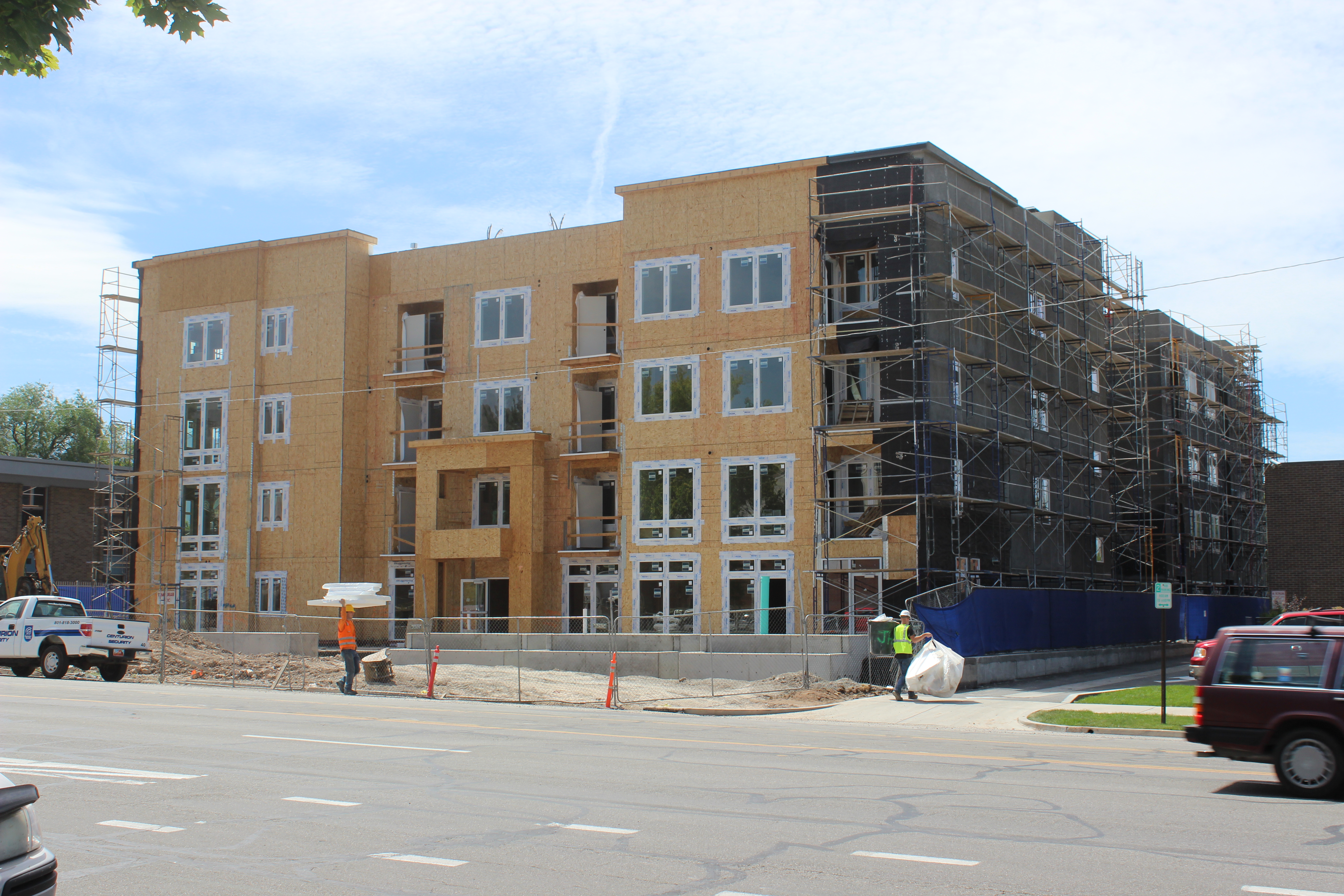 Four months after a four-alarm fire lit up the sky near downtown Salt Lake City, the Newhouse Apartment project near the intersection of 500 East and 500 South has proven resilient.   The project was nearly fully framed at the time of the February fire, making it easier for the flames to spread.

The project was been rebuilt fairly quickly.  The 72-unit, four story building is at or even slightly further along then at the time of the fire.  While just four floors, the Newhouse Apartments maximize the space available by building right off the sidewalk and extending to the back of the lot.

With Emigration Court and the Eastside Apartments just a block away on 400 South, the Newhouse Apartments help  to further extend the mid-rise residential corridor that has slowly developed near and around the 600 East Trax station on 400 South.

The project by Strategic Capital Group was approved for zoning variances last May and required demolition of an office building and the consolidation of four lots to one.   Construction progressed fairly quickly before a Bountiful man working on the project decided to burn it down.

The Newhouse project is one of many current mid-rise residential projects that are proposed or already under-construction that show smarter development by building closer to the sidewalk and transit corridors that encourage a more walkable Salt Lake.

The new apartments will be ideally located for more urban minded tenants.  The apartments are directly across the street from Smith’s Marketplace, a block away from Trader Joes and the 600 East Trax station and on 500 South which has emerged as an important east-to-west bike route for city residents.

Salt Lake is moving towards smarter development and creating more walkable and bike-friendly communities.  Projects like the Newhouse Apartments show that not even a fire can stop Salt Lake’s progress.

Video of the fire can be seen here.