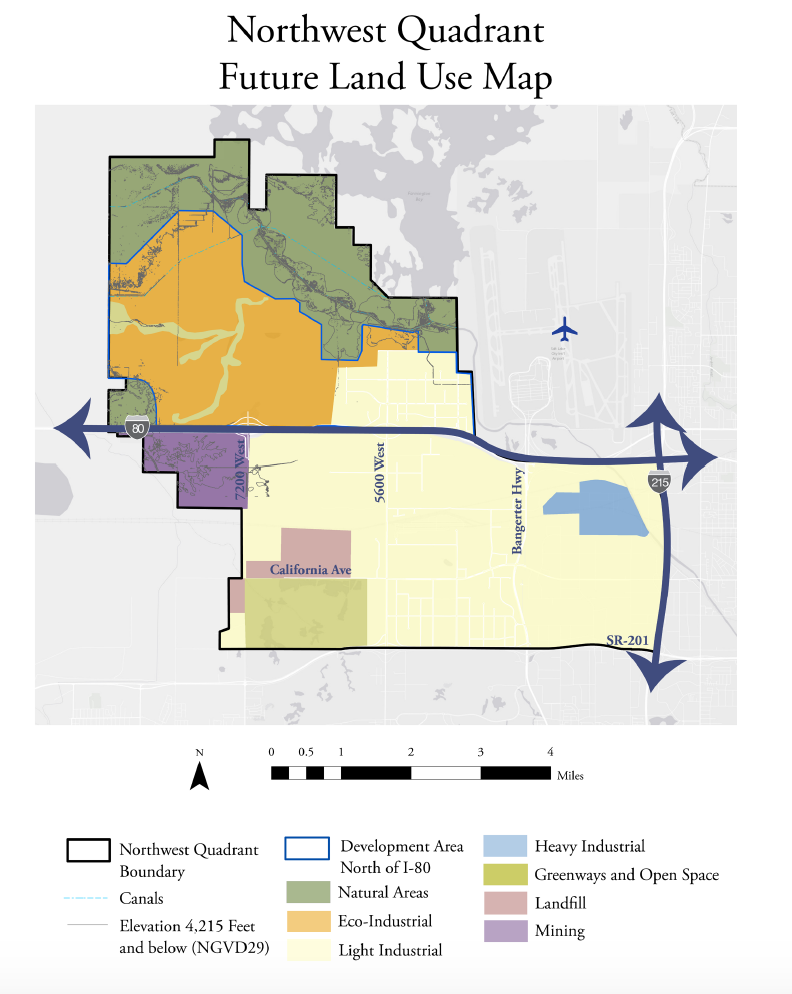 After months of speculation, Amazon officially announced that the Seattle-based retail company will build a $250-million regional fulfillment center in Salt Lake City’s Northwest Quadrant, bringing with it at least 1,500 full-time well-paying jobs, with the possibility of thousands more in seasonal positions.

“We are excited to continue growing our team with the first fulfillment center in Utah,” said Akash Chauhan, Amazon’s Vice President of North American operations, in a statement. “In Utah, there are already more than 30,000 authors, sellers, and developers growing their businesses and reaching new customers on Amazon products and services. This new facility will enable us to better serve customers and improve Prime membership benefits.”

According to city officials, Amazon is the first major business to announce plans to locate in the Northwest Quadrant, 3,670 developable-acres surrounding the proposed site of the new state prison adjacent to Interstate 80 just west of the Salt Lake City International Airport and the International Center.

City officials have debated for years on how to best develop the land just west of the airport.   A decade ago, former Mayor Ralph Becker tried to persuade city council members that area could accommodate housing up to 70,000 new residents.

Since then, officials have decided that manufacturing is the best use for the quadrant with council adopting the Northwest Quadrant Master Plan last year and the launch of Salt Lake Mayor Biskupski’s Made in Salt Lake City: NWQuad, a two-year plan to begin developing the property for light industry.

According to a statement from the mayor’s office, the quadrant is a top economic and job development opportunity for the city because of its proximity to the airport, interstate highway exchanges, railways and the downtown core.

“This is an incredible ‘get’ for Salt Lake City and the state of Utah, and we couldn’t be more excited to host Amazon in this project. I knew that by making economic development a key piece of my Administration, our City would see big dividends,” said Mayor Biskupski in a statement.

In addition to Amazon’s project, shipping company, UPS broke ground in February on an 840,000-square foot regional distribution center on the City’s northwest side, adjacent to the Northwest Quadrant boundary.  In December,