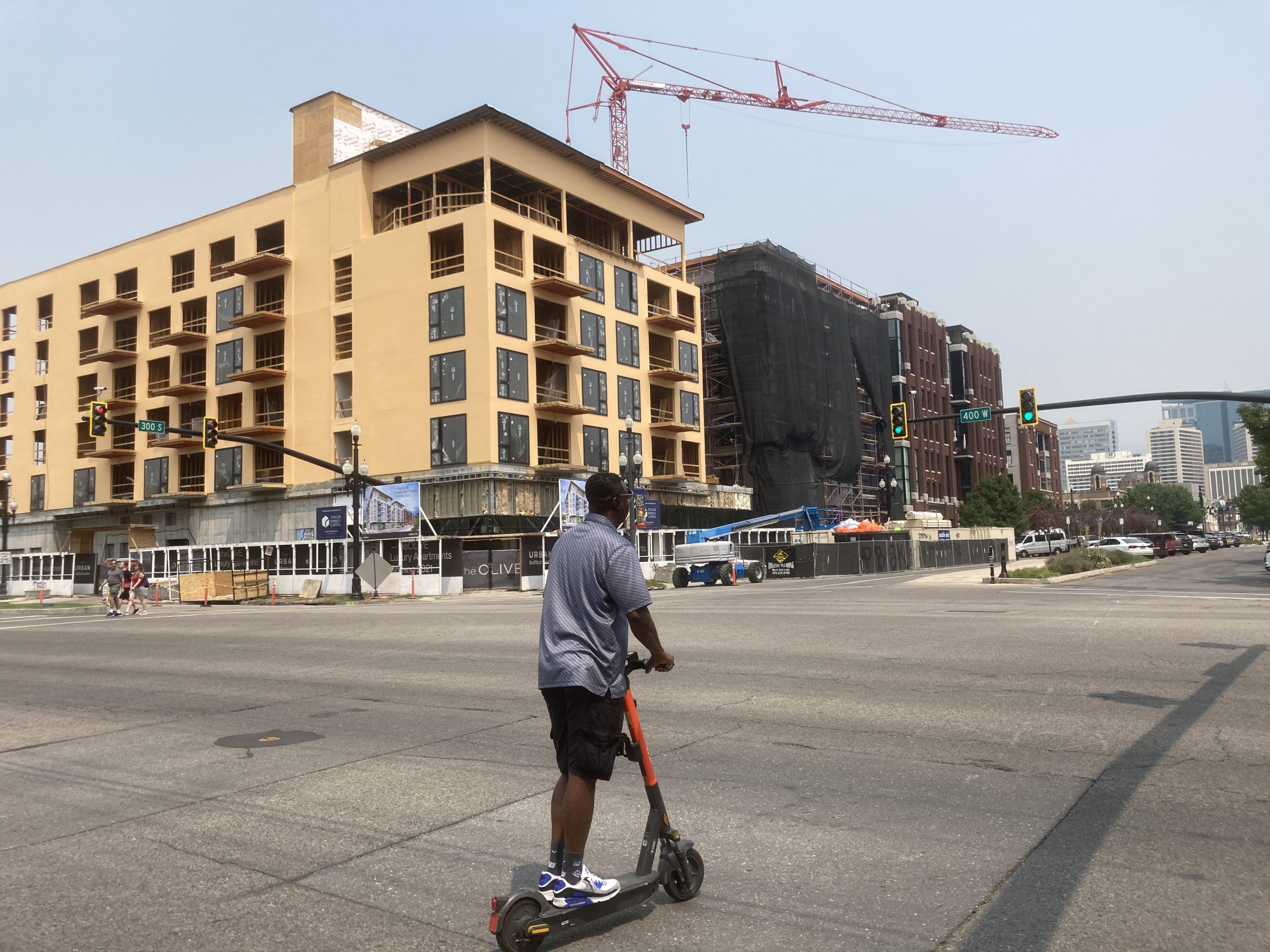 Salt Lake City Mayor Erin Mendenhall announced on Wednesday that the city will join a network that’s committed to implementing best practices that seek to put an end to death and serious injury on city-owned streets.

Salt Lake City will be the latest to commit to Vision Zero and set a goal of eliminating traffic deaths and serious injuries, and the only city in Utah.

The move sets the city apart from the state’s traditional approach of effectively accepting the hundreds of deaths on roads, highways and streets every year as inevitabilities. The state typically puts the responsibility on people driving cars to change their behavior rather than changing engineering and design practices that dictate the speeds people feel safe driving on a given road.

“Our residents deserve to travel safely to and from our incredible neighborhoods, regardless of what time of day they travel, or how they travel,” Mendenhall said in a statement. “Vision Zero is not more of the same. It is a significant departure from the status quo that will further solidify Salt Lake City’s commitment to safe streets.”

Salt Lake City will now put a plan in place to eliminate traffic violence within a certain time frame, in accordance with the minimum standards of the Vision Zero Network.

In effect, rather than believing that dozens of people will always be killed or maimed on city-owned streets, Salt Lake City will take meaningful steps to prevent that from happening through design and enforcement of our notoriously wide streets.

The announcement follows a wave of deaths on streets that Salt Lake City departments are responsible for building and maintaining.

In late November, a driver hit and killed an 11-year-old girl with their truck as the girl was walking home from school with a friend.

A month earlier, a driver hit and killed a 60-year-old man who was walking across Highland Drive near Brickyard.

The city’s Transportation and Engineering departments are responsible for designing and building the vast majority of streets in the capital city. That means they can, for example, close streets leading to and running past schools during school hours.

They could add diverters on more local streets to discourage high-speed pass-through driving in neighborhoods and encourage only short, low-speed local trips on local neighborhood streets.

They could remove centerlines on neighborhood streets, a seemingly random and counterintuitive strategy that has been proven to significantly decrease driving speeds.

“This is an exciting announcement that provides focus to our ongoing traffic safety efforts,” Jon Larsen, Transportation Division director, said in a statement. “This will require a shift in mentality for everyone that getting there safely is more important than getting there fast.”

The commitment and ensuing changes won’t affect roads that are owned and operated by the Utah Department of Transportation, which has been resistant to changes that would make its surface highways running through Salt Lake City neighborhoods safer.

In October, a driver hit and killed a man walking in or near a crosswalk across nine car lanes near 1000 S. State St. (The crosswalk is a painted school crossing for elementary students living in the Ballpark and Central 9th neighborhoods to get to Liberty Elementary.)

Rather than committing to design choices that are proven to promote safer driving, the state has repeatedly asked drivers and people outside cars to watch out for each other (which they’re both legally required to do).

Salt Lake City and the the rest of the state will now be on different trajectories. Time will tell whose works best.