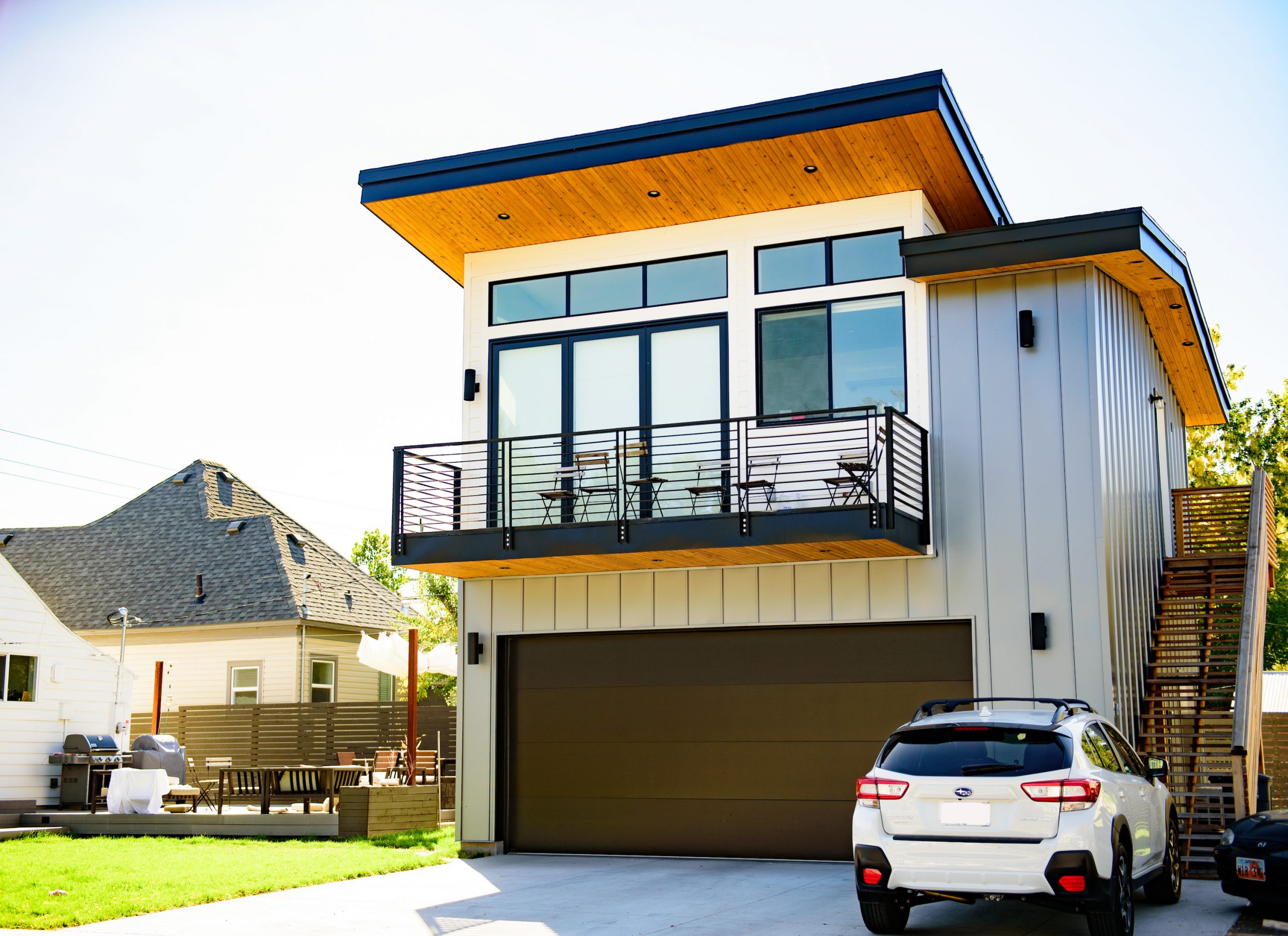 With housing affordability and supply at low-enough levels to merit a “crisis,” policy-makers in many American cities are opening their zoning code to accessory dwelling units (ADUs). In Salt Lake City the code has loosened, yet low numbers show that significant barriers still exist preventing ADUs from helping alleviate current conditions.

At the beginning of each year, the Salt Lake City Planning Division is required by ordinance to report to the city council on the activity of ADUs during the previous 12 months. Planning Director Nick Norris summed up some of 2019’s numbers in a tweet in January 2020:

Three ADUs were built in the first year after Salt Lake City passed its 2018 city-wide ADU ordinance. Only six building permits were issued. From most any perspective, those are abysmal numbers for a city with a housing shortage in a robust housing construction cycle.

What’s getting in the way? Is it the owner-occupant requirement, the conditional use process, the restrictions for size and setbacks and height?

Building Salt Lake talked to architects, developers, planning commissioners, and city planners with experience in ADUs to discern what the biggest barriers are to more ADUs being built in Salt Lake City.

Requiring every ADU to be on a concrete foundation, when the code allows other types of foundations for residential construction, is mentioned. So is the height limitation – 17 ft – which makes conversions of garages and 2-story ADUs nearly impossible in single-family zones.

City fees – for applications, building permits, and impact fees also came up in the report. As did the conditional use process.

Yet Norris didn’t recommend any changes be made to the current regulations. “This report does not suggest making changes to the ADU ordinance at this point in time due to the limited number of ADUs that have been completed under the 2018 ADU ordinance.”

ADU numbers in 2020 are sure to beat 2019’s total of three. Many projects began the application process in 2019 and are being built this year.

The Conditional Use Process

In all single-family zones (R-1), each ADU application must apply for a conditional use, costing $800-1200.

Because conditional uses in Utah are entitled – the use can’t be rejected – is this requirement superfluous? Planning commissions are only allowed to impose conditions that would mitigate potential negative impacts on nearby properties.

If an application is meeting code requirements (and it can’t proceed to the planning commission if it doesn’t), then those impacts have already been minimized by the city’s fairly tight rules for setbacks, height, massing, and square footage.

What purpose, then, does the conditional use process requirement play?

“Although in my view it’s completely unnecessary, it gives the neighbors a chance to say something, and heads off surprise when the excavation crews show up,” Dave Brach, of local firm Brach Designs, observes.

Neighbors getting a chance to speak – and they frequently do – has shed light on ways in which many Salt Lakers already use their single-family homes to provide additional dwelling units.

Since city code limits each property to a single ADU, neighbors frequently testify to the planning commission that the applicant is already renting out a unit in their home. Salaciously, it may even be a short-term rental, like Airbnb, illegal in Salt Lake City.

It is completely legal to rent parts of your single-family dwelling – a room or an entire basement – for periods of 30 days or longer.

The dwelling can have a bathroom, kitchen, and other qualities of an ADU, but there must be “free flow” – no security locks on the doors to the rest of the home.

It’s an open secret that these rules are not entirely followed by many homeowners who have unsanctioned ADUS in their homes, usually in the basement.

Planning Commissioner Matt Lyon acknowledged as much in a mid-May meeting. While discussing a Sugar House ADU application that received pushback from neighbors because the homeowner was renting the basement, legally, Lyon stated “I know that having a separate kitchen in a basement apartment is super common.”

“Shocking,” Lyon playfully noted, “how many people have that…[and] a lot of them are probably non-conforming.”

The city closed its unit legalization program in 2013, and after public pressure, reopened it in 2016. Homeowners who can prove their unit was in existence in 1995 or earlier can have it “grandfathered” and receive a certificate of occupancy.

For other units unrecognized by the city, owner-occupants are stuck with meeting current ADU code or staying under the radar. One homeowner told the planning commission it would cost an additional $60,000 to install the required firewalls, alarms, and water heater to upgrade her basement apartment.

Is the fear of public outing during the conditional use process for renting an unsanctioned unit keeping many people from trying to build an ADU in their backyard?

By far the most frequent ADU applicant at the planning commission since the 2018 law went into effect has been Modal Living, a locally-based company that provides a turnkey product for homeowners.

Nearly half of the conditional use applications for ADUs in 2019 came from Modal, who manufactures its units off-site, offers prospective buyers models to consider, and takes care of all the city entitlement processes. Modal has 25 projects currently in process in Salt Lake City alone and expects its first units to be delivered in late June.

Modal’s Colin Jube told Building Salt Lake that the conditional use process is “unnecessary and incredibly time consuming” and that the owner-occupancy requirement “is the one of the first regulatory hurdles to go” “in municipalities seriously considering ADUs as a real solution to the housing crisis.”

Jube also called out height restrictions, the 650 sf maximum, and fees, which typically reach $10,000 on an ADU project.

Fees, damn fees, and other obscenities

Fees are sanctioned by state law so that cities can recover some of the cost of regulating construction and buildings. Municipalities are forbidden from charging more in fees than the service costs them to provide.

Impact fees, on the other hand, are prospective. They attempt to “make development pay for itself” by charging builders to fund future investments the city will have to make in infrastructure like public safety, roads, and parks to accommodate today’s growth.

Whether they actually work that way is another question. Cities must match transportation funds to capture developers’ contributions, and act quickly with all impact fees – funds return to developers if unspent after six years.

Former Mayor Jackie Biskupski, sympathetic to developer outcry over steep increases in impact fees during the Becker Administration (2008-16), suspended impact fees in 2016 with the consent of the city council for nearly two years. In 2017 the council amended its 2012 increases (Disclosure: this author voted yes on that legislation in 2012). The new fee regime hiked residential fees while lowering them on commercial and industrial construction.

New single-family construction in Salt Lake City must pay nearly $6000 in impact fees. ADUs are considered single-family. Multifamily and townhome construction pay significantly less per unit than do ADUs – especially for the biggest item on the fee schedule, park fees.

If the city wants to incentivize ADUs, the $5173 impact fee for parks isn’t helping, according to a number of builders who spoke to us. A 650 sf ADU clearly doesn’t have the impact that its primary structure has, yet it is considered single-family construction in city code.

Noting that impact fees (called Systems Development Charges in Portland) run between $8,000-12,000 per unit, the city council passed a series of impact fee waivers for ADUs, beginning in 2010.

The website accessorydwelling.org collected data that showed “Before the original waiver was adopted in early 2010, Portland was permitting 2.6 ADUs per month. That rate jumped to 8.7 ADUs per month in 2011 and is now on track for 12.8 ADUs/month in 2012, a nearly five-fold increase in ADU activity from before the waiver went into effect.” That upward curve continued at least through 2016.

While not the only variable that mushroomed ADU construction in Portland, it is widely believed that the impact fee waiver tips the scale for a significant amount of homeowners to make the move to build.

Editor’s note: this post was updated to correct a statement about the city’s unit legalization process. It is currently open, having been re-legalized by the city council in 2016.