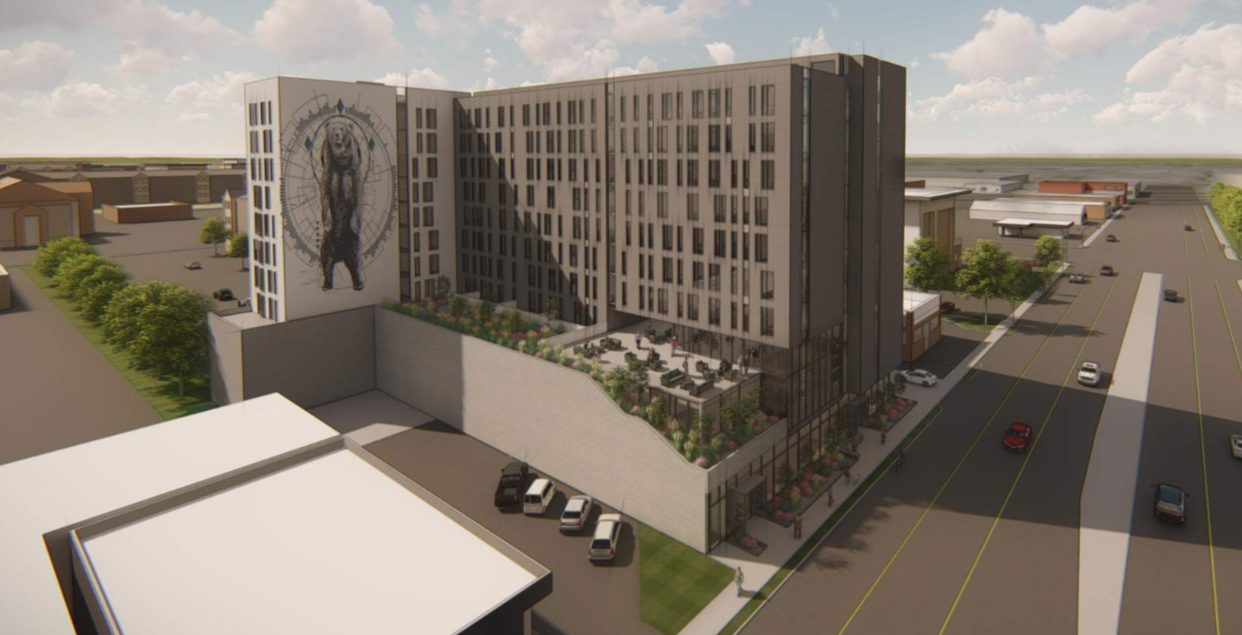 As if on cue, another south Downtown apartment project is in for design review at the city. The 11-story, 138-unit market-rate building, called BRIX by High Boy Ventures and ajc architects, plans to make a bold statement on .65 acres at 233 West 400 South.

This stretch of 400 South has been blighted for decades after removal of its single-family housing stock and replacement by “downtown support” (D-2) land use. Because 400 South is a state highway, its development pattern has favored drive-thrus and surface parking lots.

Pioneer Park, a half-block to the west and long stigmatized for its transients and illegal drug market, has also hindered development in the area.

The project will replace a pawn shop and surface parking on 400 South, and a single-family home on Pleasant Court which was converted to office use years before its demolition.

BRIX’s 11 stories will reach 120 ft, the maximum allowed under D-2 zoning. Two stories of concrete podium will anchor the structure, which is metal framed.

BRIX is following the green trend of all-electric utilities, and hopes to put a solar array on the roof.

Street-level engagement will be limited to tenant amenities, including an entrance, a gym and a mailroom.