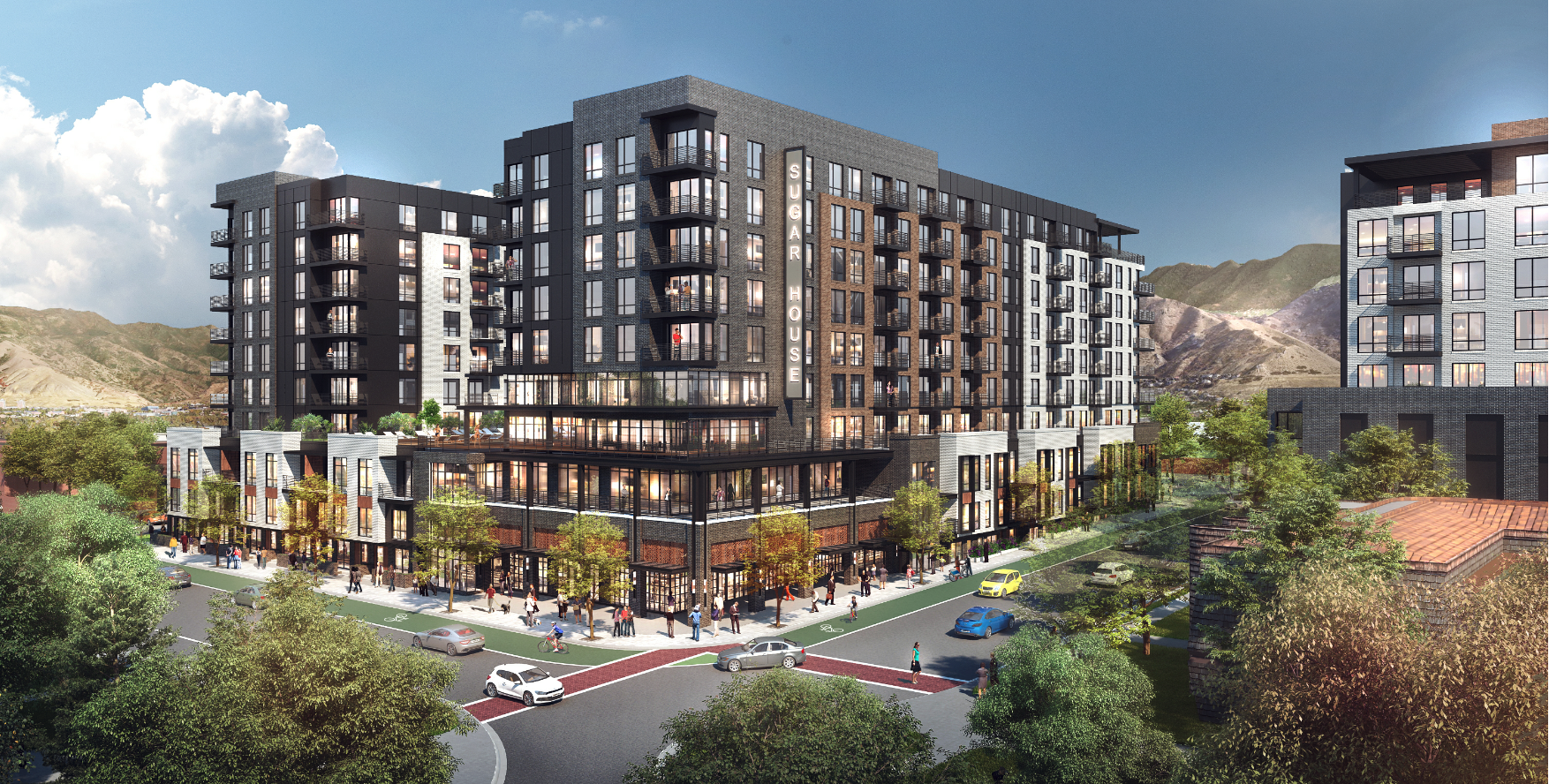 The Planning Commission approved the second in a pair of buildings coming to the southern end of the Sugar House urban core.

The commission approved the Alta Terra building, which will continue the buildout of what is known formally as the neighborhood’s business district, but which should be recognized as the area with the densest housing outside Downtown.

Alta Terra would bring 228 homes in a 10-story building at 1121 East Ashton, immediately east of Fairmont Park. The building will include space for retail in its ground floor, and the building will top 100 feet total.

Its sibling will be built across Ashton, bringing another 118 homes in a 94-foot building on what had been a vacant surface parking lot. That project was separated for administrative reasons and has already been approved.

In all, the pair will bring 346 new homes of various sizes to the neighborhood, which has nearly 2,000 apartments under construction or very recently completed.

That was just a list of the buildings on the agenda. A number of other projects are working through the system at the same time. Here’s a rundown.

After making a name as a prominent for-sale developer in Salt Lake City, CW Urban appears to be transitioning further into the rental market with a new project on Redwood Road.

A proposed development at 1106 S. Redwood Rd. would bring 80 for-rent townhomes to 3.7 acres in what is otherwise largely an industrial part of town. The units will range from 2-3 bedrooms and include garages.

Before construction, CW would need approval for a variety of zoning variances around the number of units on the vacant piece of land and a requirement that buildings must front the street.

A food hall for Granary

Mountain West commercial real estate is actively working to lease out space at 545 W. 700 S., near what is becoming the heart of the rapidly redeveloping Granary District.

A flyer for the space advertises a bar and tavern fronting 700 South, a food hall fronting Woodbine Street, food trucks halfway down and office space.

The space was formerly home to Frida Bistro and the headquarters of Rico Brand. After Frida closed, it was briefly replaced by Rico Cocina y Tequila Bar.

The immediate area is considered somewhat walkable but is teed up to see immense redevelopment that is already underway.

Slackwater Pizzeria & Pub is set to open across the street adjacent the Industry SLC office building that seems to have catalyzed a construction frenzy.

A motel into housing?

Urban Alfandre is under contract to buy the Main Street Motel from a prominent Salt Lake City motelier at 1550 S. Main St. in the city’s Ballpark neighborhood.

The sale is conditional upon city approval of a rezone for the property. The Alfandres this month started the formal process to change the property from Commercial Corridor (CC) to Form Based Urban Neighborhood 2 (FBUN2).

The change would allow the developers, who are Building Salt Lake supporters, to add another floor to future development on the site. They told us it would allow them to provide attractive ground-floor retail space and ample parking on-site.

The Alfandres submitted another application to vacate an alleyway that splits the parcels that are under contract.